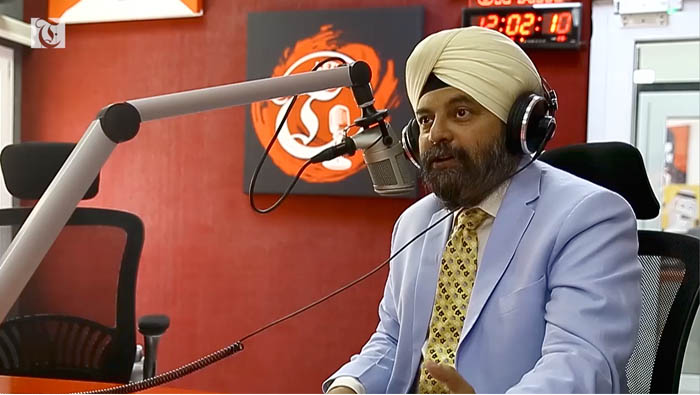 Muscat: An orthodontist in Oman has asked people not to ignore their oral health, because it could have far reaching consequences later.
Dr Gurkeerat Singh, a visiting orthodontist at Al Essa Dental Clinic in Muscat, revealed that neglecting tooth and gum care could lead to far more serious issues in future, including cardiac problems and that oral health was one of the most neglected areas of health and well-being.
**media[1028253]**
“Oral health has been one of the most ignored parts of the body,” he explained. “A lot of people now realise that your smile not only makes an impact in the first meeting, but in the long-run on your general health. If your gums are not healthy, you could have cardiac problems and heart diseases, so it is pretty serious.
He also pointed out the importance of oral care in pregnancy; “Pregnant women have a greater chance of having bad gums, because of the emphasis that is put on the baby - the second body that is within the body. I feel that smiles and teeth have been neglected for too long.”
Singh said that the best treatment should be preventive, not just corrective. However, many of the patients he saw only came to him when they had pain which could have been avoided had they visited their dentists on a more regular basis.
“As patients, they only come to us when they have pain, but if you ask me as an orthodontist I would say that they should start visiting us when they are really young,” he explained.
“This helps with desensitisation: a lot of people still fear dentists, but the science has progressed so much that there is actually nothing to fear today.”
He added: “A root canal treatment does not take more than 15 to 20 minutes and it is practically painless. Of course, we treat people at every age. Your so-called permanent teeth are not actually permanent. From early diagnosis to prompt action, treatment should be preventive, not corrective. We need to prevent first, intercept if we can, and, if possible – which is more than likely - correct.
Dr Singh also said: “We deal with youngsters and teens, and now with the advent of aligners, we can treat practically everyone. So, my youngest patient may be five, and my oldest is 85. This is a wide range, but this is not because of me as a specialist, but because the science has progressed so much, so if your gums are healthy, we will be able to fix your teeth.
Another trend that he saw these days was people not taking enough care of their teeth especially after eating which could lead to bad breath, as well as other tooth and gum problems that only show themselves after a while.
“The trend we are losing out on now is rinsing after eating,” said Dr Singh. “This was something that we used to do when we were youngsters, but today’s generation don’t seem to be following that. I personally advocate that we rinse frequently, if not after every meal. Another important practice is brushing before going to bed. The morning brush is for you, but the night brush is for the teeth.”
He added: “During the night, all the food debris that is in your teeth decays and that is why your mouth smells in the morning. Brush regularly. If you do that, a lot of things will be okay. One thing I have seen in Oman is that people eat a lot of fresh fruits and salads, which is good because in a way, it is self-cleaning. Avoid sticky foods and encourage your children to do the same. If you must have them, do get into the habit of rinsing after that.”
Dr Singh also spoke about the increased scrutiny on young people due to social media and how it meant they were slowly becoming more concerned about oral health and how it affected their personal image.
He said: “These days, people have become a part of the selfie generation, and the moment you put up a photo on social media, you find that one comment that says, ‘You have a small gap in between your teeth’. Kids today are very impressionable. I think we were more emotionally strong that way, but not this generation. They can get psychologically affected by these things, so a lot of teenagers especially are concerned about their smiles.”
Singh added: “I personally do braces, which fix the alignment of teeth, but at Al Essa, you can also have bleaching, teeth whitening, crowns and veneers. We can also do a smile design service so we can show you a photograph of what you will look like even before actually touching you.”