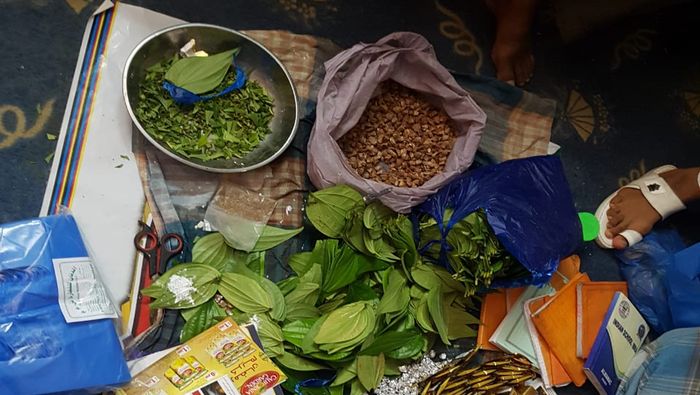 Muscat: A large amount of tobacco, including 4,000 bags of chewing tobacco, were seized by the Public Authority for Consumer Protection (PACP), in Ibra.

PACP in coordination with the Criminal Investigation Department, recently managed to nab one person who was manufacturing and selling tobacco from a house. The organisation also seized various tobacco products and cash.

A statement from PACP read, “A house was raided and the defendants were arrested for selling and manufacturing tobacco. This raid resulted in the confiscation of 4,000 bags of tobacco, 7 kg of green leaves and school textbooks used to manufacture tobacco and some cash as well.”

The goods were confiscated and the suspect was sent for further investigation.

It added, “When the accused was confronted with evidence, he admitted to his crime and that the goods seized belonged to him and that he was responsible for them.”

It turned out that the accused was manufacturing and selling the chewing tobacco for the past two years.