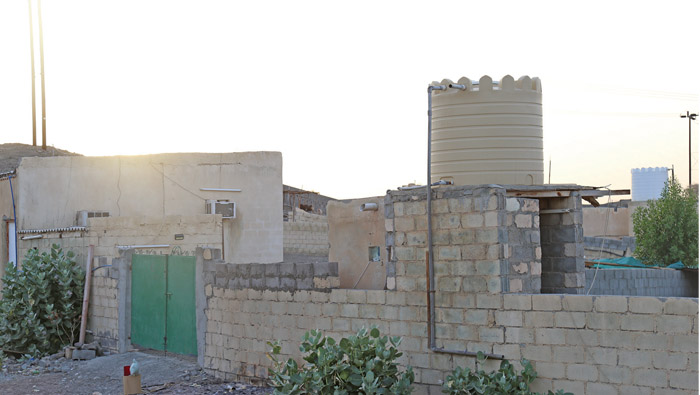 Muscat: More than OMR30,000 has been collected by the charity Dar Al Atta’a in just ten days for their latest house building drive across the Sultanate of Oman.
The initiative, which will run during the Holy Month of Ramadan, will repair and build houses across Oman for those in need and has collaborated with three Omani influencers to spread the word, raise awareness and collect donations.
“Donations for this cause are increasing day by day and we are extremely happy about it,” an official from Dar Al Atta’a told Times of Oman.
“Initially the target was to repair two houses and build one but, with such positive feedback coming from our donors, we have decided to just keep going on and see how much we can do. There are about 30 houses on our list across Oman including Muscat, and we have our own engineering team who will decide the best place to start”.
“We usually collaborate with companies for initiatives like these but this time we have brought locals on board so they can connect with more people. We have joined forces with Mohammed Al Gharibi, Ashwaq Al Maskery and Shouq Abdulaziz who are leading their own sections of the campaign and looking after certain areas across the country,” the official said.
The representative added that this campaign has shown how citizens, residents, institutions and members of the association are devoted to helping individuals in need. Mohammed Al Gharibi, whose target is to build houses, said he is overwhelmed by the response he is getting.
“In just about five days, I have managed to raise OMR8,000 which will go towards the construction of houses. I honestly have no words to thank people for coming forward and helping us in this cause.”
“Construction costs for one house is around OMR25,000. However, our target is not to achieve just the cost of building one house; we are challenging ourselves to see how many houses we can build altogether,” Al Gharibi said.
To donate towards this noble cause you must log on to donate.om as they are only receiving online transactions. Once you get on the page, click ‘Donation by Charity’ then select ‘Dar Al Atta’a Charity – Oman’. It will then take you to donations page where you can select from three categories to make your donations. ‘House 1’ and ‘House 3’ is for those who want to contribute towards the repair and maintenance of houses and ‘House 2’ is for people who wish to help towards the construction of houses.
Shouq Abdulaziz said: “I am handling the ‘House 3’ account and I am extremely happy with the response I have received so far. My target was to help raise funds for one house in Wadi al Jafnayn, but we have managed to collect enough for a second house in Wadi al Adai as well. Now we are looking to gather funds for a third house and trying to cover as many houses as possible.”
She added that there were times when she shed tears of joy while helping people in need.
“There were many times that I got emotional and cried seeing how happy the families were to receive help as they had been waiting for years and some had lost hope.”
Ashwaq Al Maskery who is collecting funds under ‘House 1’ told us how surprised she was by the positive response to the campaign.
“In the beginning I really wasn’t sure I could even collect OMR5,000 during the entire month of Ramadan but now that I have helped raise OMR8,000, I am aiming to reach up to OMR30,000 so that I can help with the maintenance of six houses.”
“The response from people is proof that everyone has good in them and are looking for the opportunity and right platform to help one another,” Maskery said.