Images of Martian Moon captured for the first time 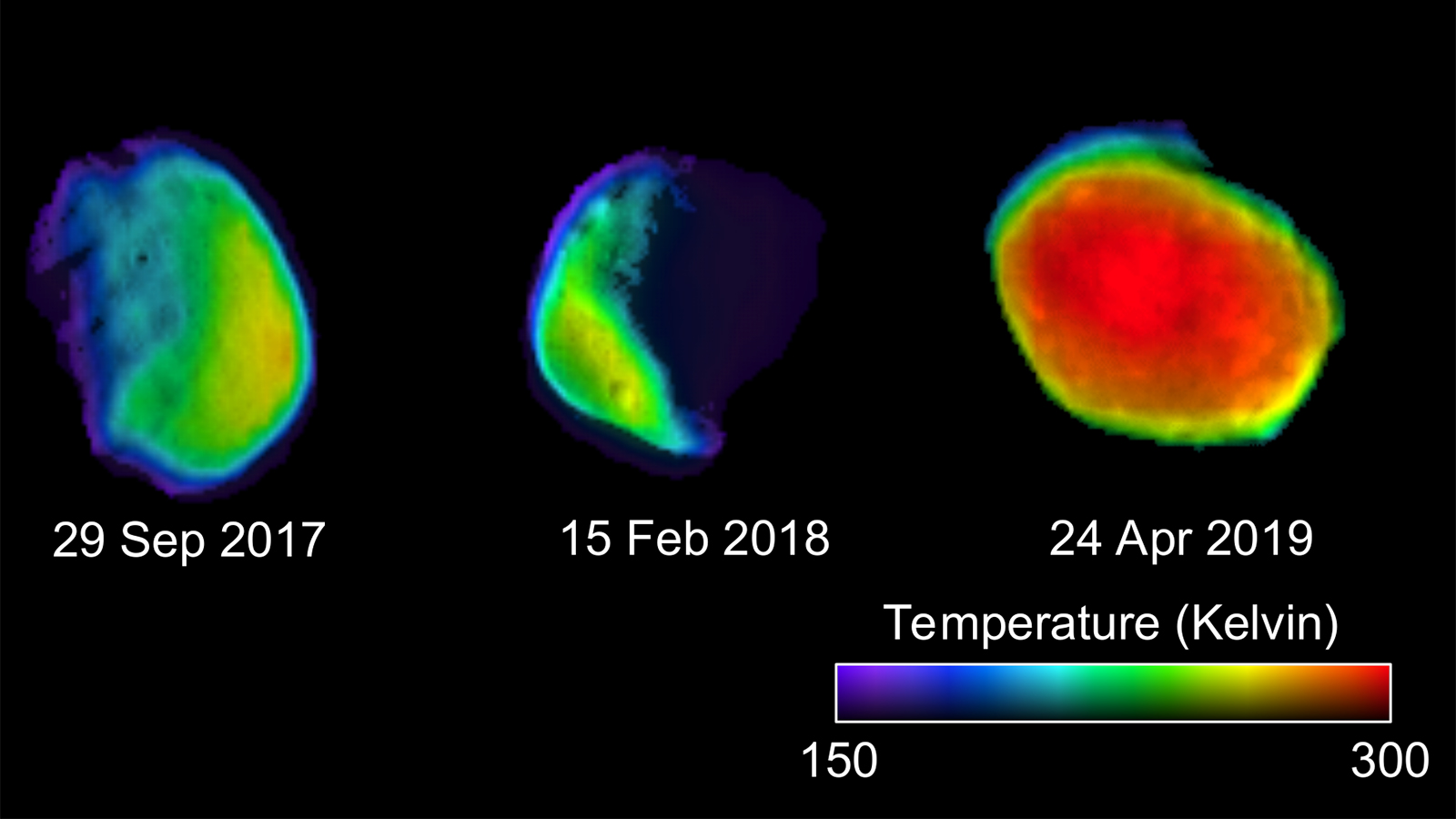 "This new image is a kind of temperature bullseye - warmest in the middle and gradually cooler moving out," said Jeffrey Plaut, Odyssey project scientist at NASA's Jet Propulsion Laboratory in Pasadena, California, which leads the mission. "Each Phobos observation is done from a slightly different angle or time of day, providing a new kind of data."

Acording to NASA, on 24 April 2019, THEMIS looked at Phobos dead-on, with the Sun behind the spacecraft. The view is better for studying material composition, whereas half-moon views are better for looking at surface textures.

"With the half-moon views, we could see how rough or smooth the surface is and how it's layered," said Joshua Bandfield, a THEMIS co-investigator and senior research scientist at the Space Sciences Institute in Boulder, Colorado. "Now we're gathering data on what minerals are in it, including metals."

Iron and nickel are two such metals. Depending on how abundant the metals are, and how they're mixed with other minerals, the data could help determine whether Phobos is a captured asteroid or a pile of Mars fragments, blasted into space by a giant impact long ago.

These recent observations won't definitively explain Phobos' origin, Bandfield added. But Odyssey is collecting vital data on a moon scientists still know little about - one that future missions might want to visit. Human exploration of Phobos has been discussed in the space community as a distant, future possibility, and a Japanese sample-return mission to the moon is scheduled for launch in the 2020s.

"By studying the surface features, we're learning where the rockiest spots on Phobos are and where the fine, fluffy dust is," Bandfield said. "Identifying landing hazards and understanding the space environment could help future missions to land on the surface."

Odyssey has been orbiting Mars since 2001. It takes thousands of images of the Martian surface each month, many of which help scientists select landing sites for future missions. The spacecraft also serves an important role relaying data for Mars' newest inhabitant, NASA's InSight lander. But studying Phobos is a new chapter for the orbiter.

"I think it's a great example of taking a spacecraft that's been around a very long time and finding new things you can do with it," Bandfield stated. "It's great that you can still use this tool to collect groundbreaking science."