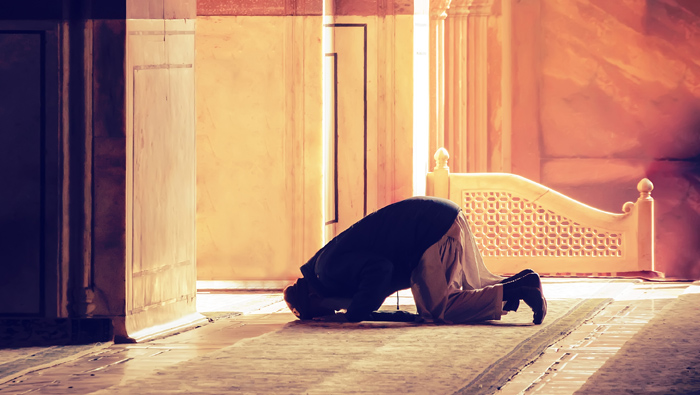 Muscat: Fasting times during Ramadan vary across Oman, depending on which part of the country you live in.
Muslims staying in the northern part of Oman are likely to fast for an average of 14 and a half hours every day, while residents in the southern part of the Sultanate would spend less time fasting during Ramadan.
A mobile application developed by the Ministry of Endowments and Religious Affairs, called ‘Altaqweem Al Omani’, which means Omani calendar, displays the prayer timings of each wilayah in the country.
During Ramadan, Muslims fast from sunrise to sunset, signified by Fajar prayer at dawn and Maghrib prayer at sunset. The closer you are to the equator the fewer hours you will fast.
According to the application, Fajar prayers in Muscat are at 4:07am and Maghrib prayers at sunset at 6:43pm, meaning total daily fasting for those living in Muscat is 14 hours 36 minutes.
Dhofar is the southernmost governorate in the country, and Muslims in the border areas fast 24 minutes less than their fellow Muslims in Muscat and in the northern parts of Oman. Fasting in wilayat Raykhyut in the governorate of Dhofar begins at 4:41am and ends at 6:53pm, according to the app.
Yusif Al Salmi, the Head of Al Hoqain Astronomical Observatory, spoke to Times of Oman regarding the various fasting hours in the Sultanate: “In Oman, the timing of sunrise, sunset, and length of the day varies according to the different geographical location and the region’s distance from the earth’s equator line.
The number of fasting hours during the Holy Month of Ramadan varies from year to year and from country to country. The average fasting hours for Ramadan this year is approximately 15 hours in some Arab and Muslim countries.
As the number of fasting hours increase, Muslims must take into account the type of food they eat in order to maintain their health and energy during fasting.
Fahad Al Abri, a nutrition specialist spoke to Times of Oman regarding what people should eat and what they should avoid in order to stay fuller for longer: “I always encourage people to include liquids and foods that are high in fibre during their Suhoor meals. Foods such as bananas, oatmeal, Greek or regular Yogurt these are high in protein and are great for keeping people fuller for a longer period of time.”
“People should definitely avoid foods that are high in sugar and salts. It is true that you need to have sugar in your diet between Futoor and Suhoor but it must be a balance, do not overdo it or the consequence would be thirst and hunger. Deserts and cereals should be avoided during Suhoor,” Al Abri added.
“Many people tend to over drink during Suhoor which isn’t right, all you end up going is going to the restroom more often. Drinking water especially coconut water in moderation is great as it is a natural dehydrating drink which also cleans the kidney.”
The shortest number of fasting hours in Arab countries is in Somalia, on the first day of Ramadan, they fasted for a total of 13 hours and 24 minutes, followed by Yemen with 14 hours and 7 minutes, and Oman with 14 hours and 31 minutes on average. Muslims in the United Arab Emirates fasted for 14 hours 33 minutes on the first day of the holy month, while in Saudi Arabia the average fasting hours is 14 hours and 40 minutes.
Algeria and Tunisia were considered to be among the countries that fasted the longest compared to the rest of the Arab countries with both fasting for 15 hours and 31 minutes.