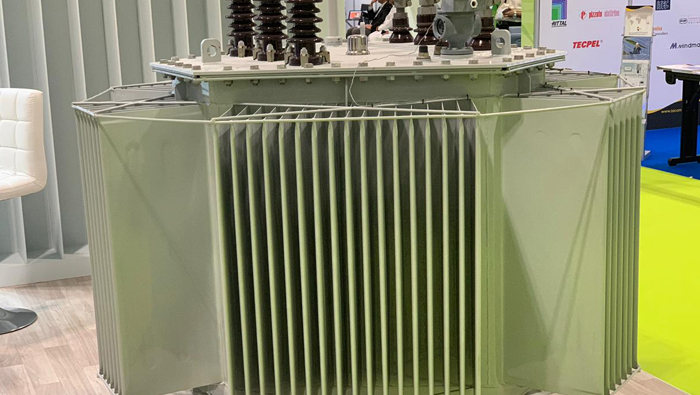 Muscat : Voltamp Energy has introduced a new technology which is expected to reduce a power loss by 30 per cent during electricity distribution in the Sultanate of Oman. It has introduced the technology at Oman Energy and Water Exhibition.
This is as part of its plans to inform its partners and customers about the latest technologies used for electricity transformers, distribution and developments as well as to contribute to energy sector of the country with most modern technologies used in the area.
Ali Bin Jawad Al Abadouni, Business Development Manager, Voltamp, said: " We have introduced a 1000 kA transformer which is successfully developed by the research and development team of the company. It would reduce power loss by 30 during electricity transmission.”
He said that this is first of its kind technology in the countries of the Gulf Cooperation Council.
This transformer has a high magnetic properties compared to the basic two-dimensional transformer and also has some many advantages. It has the lowest loss of load and consumes less magnetic current. This will have a huge effect on improving the electric power quality and energy efficiency of the network.
He added that the Voltamp Energy was participating in the Oman Energy and Water Exhibition to inform the partners and beneficiaries of the technologies used in the field of electricity and water and means to get benefit from these technologies.
Voltamp is one of the leading companies specialised in energy solutions in the Sultanate as well as those of the entire Gulf region. It manufactures electrical switches and distribution systems which meets the requirements of energy projects in Oman. It produces different types of transformers to achieve self-sufficiency and reduce dependence on imports.