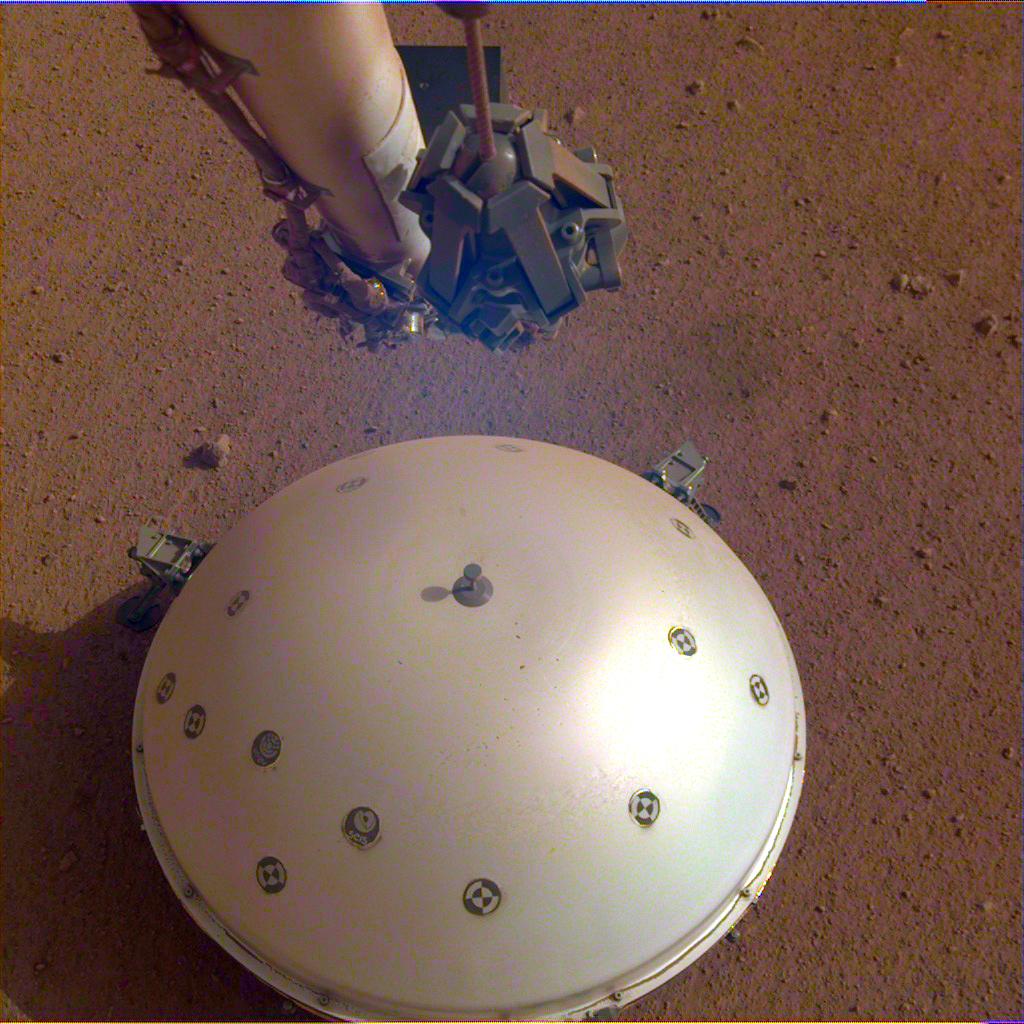 According to a news release, the faint seismic signal was detected by InSight's Seismic Experiment for Interior Structure (SEIS) instrument and was recorded in 6 April, its 128th Martian day or sol.

Audio from the lander is the first recorded trembling to apparently come from inside the planet. NASA scientists are examining the data to determine the exact cause of the signal.

The Sol 128 signal is an exciting milestone for the team.

"We've been waiting months for a signal like this," said Philippe Lognonné, SEIS team lead at the Institut de Physique du Globe de Paris (IPGP) in France. "It's so exciting to finally have proof that Mars is still seismically active. We're looking forward to sharing detailed results once we've had a chance to analyse them."

Lori Glaze, Planetary Science Division director at NASA Headquarters, “The Martian Sol 128 event is exciting because its size and longer duration fit the profile of moonquakes detected on the lunar surface during the Apollo missions.”

Between 1969 and 1977, NASA's Apollo astronauts installed five seismometers that measured thousands of quakes on the Moon.

InSight’s seismometer, which the lander placed on the planet’s surface on 19 December 2018, will enable scientists to gather similar data about Mars. By studying the deep interior of Mars, they hope to learn how other rocky worlds, including Earth and the Moon, formed.

According to NASA, three other seismic signals occurred on 14 March (Sol 105), 10 April (Sol 132) and 11 April (Sol 133). Detected by SEIS’ more sensitive Very Broad Band sensors, these signals were even smaller than the Sol 128 event and more ambiguous in origin.

NASA currently is planning to return astronauts to the Moon by 2024, laying the foundation for what they hope will eventually enable human exploration of Mars.