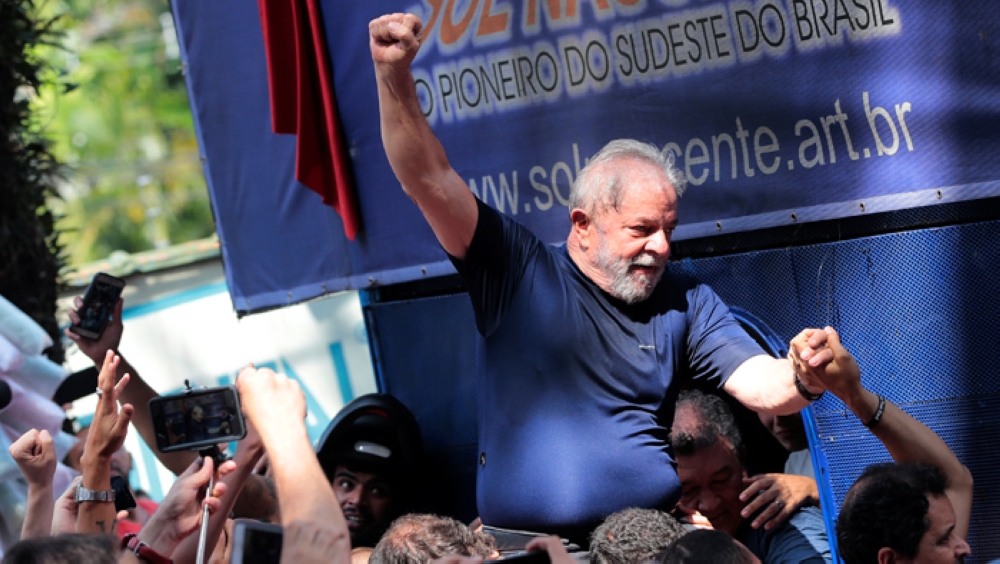 The four judge panel upheld Lula's conviction but called the original sentence "exaggerated". They agreed to reduce it to eight years and 10 months.

The new decision now opens the door to the possibility of Lula leaving prison by September and finish serving the rest of his sentence under house arrest.

Brazilian law allows a prisoner to be placed under house arrest once the prisoner has completed a sixth of his or her prison term.

Even though it agreed to a reduced jail term, the STJ rejected a petition by Lula's defence team arguing that there were procedural illegalities against the former president.

Lula can still appeal. His defence team has maintained his innocence and insists that the former head of state is a victim of political persecution.

The judges' vote was held in response to a request by Lula's defence team to annul the conviction or reduce his sentence. The politician was jailed last year on charges stemming from the massive 'Operation Car Wash' probe. He was later sentenced to spend a total of 25 years behind bars in two separate cases.

Lula, who served as Brazil's president from 2003 to 2010, was given the 12 year sentence for accepting a luxury beachfront apartment from a construction company in exchange for government contracts. In February, he was convicted in a second case and given an additional 13 years for accepting renovation work on a family hacienda from companies in exchange for helping them secure government contracts.

His fall would have a major impact on the country as Lula was the frontrunner to win elections that year, his conviction paving the way for far-right candidate Jair Bolsonaro to win the presidency.