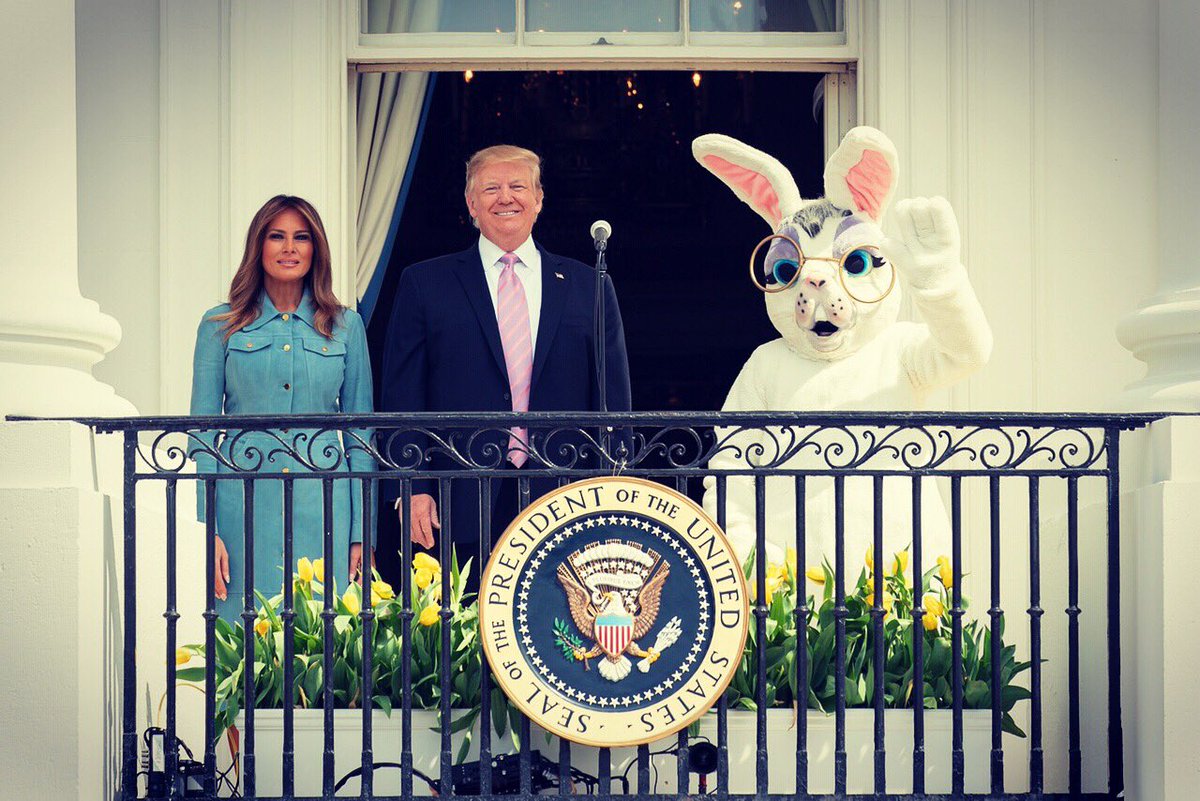 Together with someone dressed as a giant Easter bunny, the two addressed a large crowd from a balcony. This was the third time the event was hosted under the Trump presidency.

The activities, aimed mostly at children, included lawn egg bowling, egg hunts, egg and cookie decorating, a display of state eggs on the Ellipse, and mailing postcards through a U.S. Postal Service mailbox on the South Lawn grounds.

Speaking to the children, their parents and members of the media, Trump covered everything from the Mueller report and impeachment to his border wall.

In response to a child who asked to continue building a wall along the US-Mexico border, Trump said, "I will. Oh It's happening. It's being built now. Here's a young guy who said 'Keep building that wall. Can you believe it?' He's going to be a conservative some day, huh?"

The first lady reportedly introduced two new additions this year: musical eggs and a game of hopscotch named for her "Be Best" initiative to improve the well-being of American kids.

The White House Easter Egg Roll, which dates back to 1878, is free to the public with tickets allocated by lottery in advance.