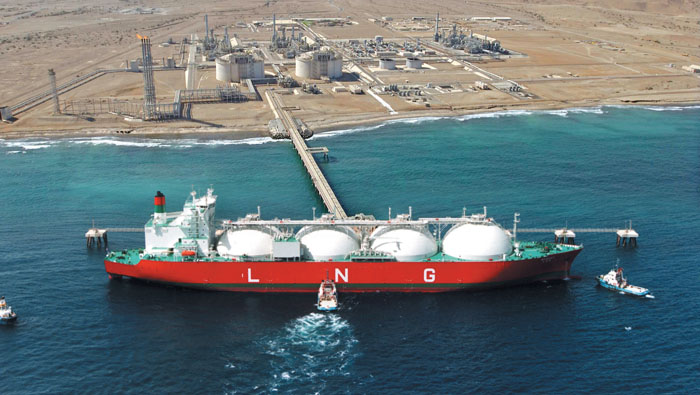 Muscat: Attesting to its robust financial leadership, Oman LNG, has announced that it has successfully repaid its US$2 billion loan facility obligation ahead of schedule, signalling a positive credit mark for the Omani company while saving interest costs.
This milestone comes following the recent announcement of the successful early repayment of Qalhat LNG loan, underpinning both companies financial stability despite the current economic challenges.
Such a historic step is well received by the Omani economy as it offers a positive outlook, while supporting the government’s efforts in enhancing the investment environment in the country as proactive debt payback by firms in the country indicates financial robustness that they have.
Dr Mohammed Al Rumhy, Minister of Oil and Gas, Chairman of Oman LNG, said, “The early repayment of the loan by Oman LNG demonstrates the financial robustness of the company and confidence in the oil and gas industry and Omani economy at large. The oil and gas industry provides a great investment opportunity like other sectors of the Omani economy.”
The story of Oman LNG project finance started in 1997 when lenders granted the company with a loan of US$2 billion. The financing of the project was regarded as one of the largest limited recourse financing arranged in the Middle East as the gas liquefaction project was the largest venture undertaken by the Sultanate at that time, with strategic importance to the national economy. The project construction in Sur was completed ahead of schedule and under budget and started operations in the year 2000.
Over the years, the company has witnessed strong financial performance which enabled the company to make voluntary prepayments to its lenders and provide investors with increased confidence in the financial robustness of the company. This is in addition to the global reputation that the company has attained in the Liquefied Natural Gas (LNG) market since it started its operations in the year 2000.
Harib Al Kitani, Chief Executive Officer of Oman LNG said, “This success is a testament of our commitment to our lenders and all our stakeholders. It provides confidence to them about our financial robustness, hence their willingness to continue their relationship with the company and the country at large.”
Al Kitani added: “The successful repayment of the loan will open a huge opportunity for more projects or expansion of this successful natural gas investment by the Government and other shareholders.”
Oman LNG has managed to repay its loan obligations in full, without default and ahead of schedule, hence rendering the company debt free. These efforts provide clear evidence to investors world-wide that Oman is a safe haven for investments and help the Government’s ambitions to diversify the country’s economy and meet its 2040 vision through such healthy investment environment.
Oman’s liquefied natural gas industry has grown out of the vision of His Majesty Sultan Qaboos bin Said to diversify the country’s economy and has attracted high revenues by harnessing natural gas resources for export as liquefied natural gas.
The country produced its first shipment of liquefied natural gas in 2000 after the first of an initial two-train plant began operations under Oman LNG, established by His Majesty’s Royal Decree in 1994. With a third train under Qalhat LNG, liquefied natural gas has played an unprecedented role in contributing to the national economy as the two companies have worked intensely with outstanding success to drive their organisations forward.
Many say that vision has largely been realised with liquefied natural gas has become the largest income earner for the Sultanate, after oil revenues.
With its key buyers in Asia and Europe, Oman LNG has run efficiently and reliably since its start-up of operations where last year reached successfully a record high production rate of 10.4 million tonnes per annum (mtpa). Since the inception, over2,400 cargoes of LNG have been safely and reliably produced and delivered to various destinations around the globe.
As health, safety and environment (HSE) is the centre-piece of its world-class operations, safety tops Oman LNG’s priorities, which has enabled the company to break safety milestones, that stands now at over 32 million man-hours worked without Lost-Time Injury (LTI). What makes this achievement even more remarkable is that the record has not been broken amid various major operational and civil projects delivered.
Beyond its direct contribution to revenue, the country’s flagship LNG company has been pivotal to social development, executing a myriad of social investment initiatives that has championed key development areas such as supporting entrepreneurship, spread quality education and healthcare, encouraged women’s development and supported tourism, among others. Such philosophy has been the focus of the company since inception, which has been promoted further with the establishment of Oman LNG Development Foundation.