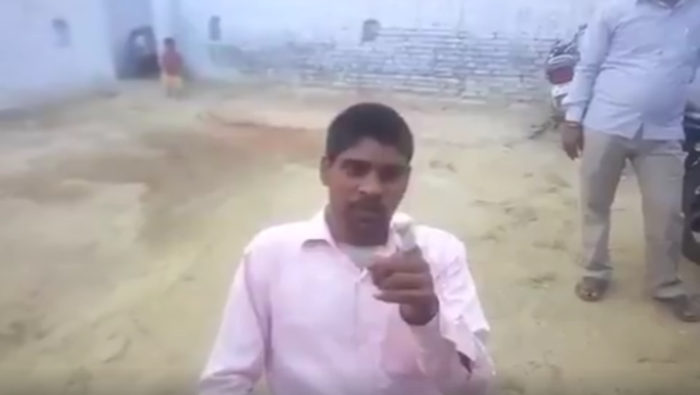 Muscat: In a bizarre incident that occurred during India’s second phase of voting, held on Thursday, a man from Bulandshahr, in the northern state of Uttar Pradesh, chopped off his finger after realizing that he had voted for the wrong party.

A video of the man, being interviewed after the incident, has gone viral across social media. In it, the voter, identified as 25-year-old Pawan Kumar, can be heard saying that he wanted to vote for the ‘Elephant’ the symbol of the Bahujan Samaj Party (BSP), a regional political party led by Mayawati.

However, due to many symbols being present on the electronic voting machine (EVM), he cast his vote for the ‘Lotus’, the electoral symbol of the Bharatiya Janata Party (BJP), led by Prime Minister Narendra Modi instead.

In an era of coalition politics in India, there are many regional parties with national ambitions mushrooming across the country. With low literacy levels, campaigns focus on the symbols as well as the serial number of the candidate in the EVM, to avoid confusion.

Thursday saw the completion of two phases out of seven, with the results due to be declared on May 23.