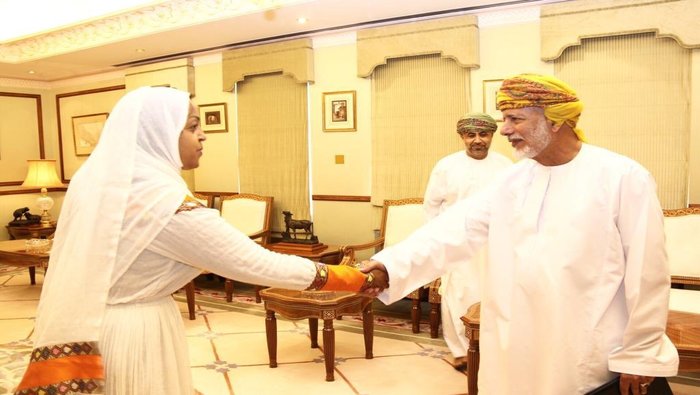 In an online statement, the Ministry of Foreign Affairs said, "Yousuf bin Alawi bin Abdullah, Minister Responsible for Foreign Affairs received on Thursday a copy of credentials of H.E. Ayrurit Mohamed Yassin, Ambassador of the of Ethiopia to the Sultanate."

The statement further said that the Minister wished H.E. Yassin continuous success in the ambassador's tour of duty and for bilateral relations between their countries.