Reconnecting with nature through experiential learning 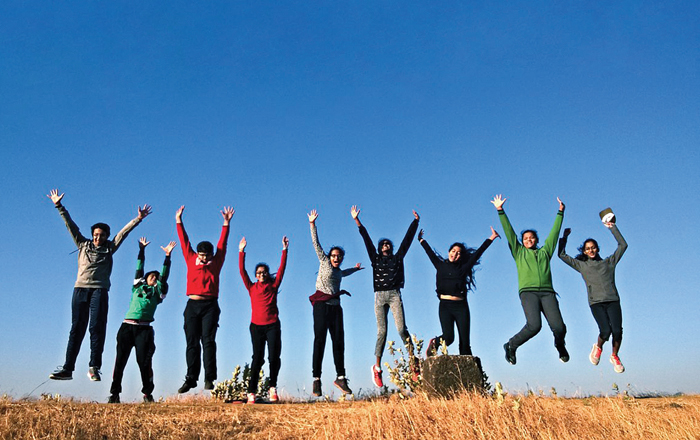 The term ‘experiential learning’ may be alien to some, but to experts Dr. Shirish and Anagha Gupte it defines a concept that has transformed the lives of children and adults around the world by connecting them to the great outdoors. They know exactly why experiencing nature remains an important pillar of the human learning experience.
Dr. Shirish said, “Today, most people are disconnected from the outdoors. Their knowledge base tells them that water comes from a tap, fruits and vegetables from grocery stores. Rivers, lakes, farmlands, and forests are things from a textbook to many children. Most are unable to connect. That’s been the general trend all across the world,” he said.
Industrialisation has pulled people further and further away from natural environments with lives lived in concrete jungles and apartment blocks and thus severing a key link — that between humanity and the natural world, the animals, the plants, and lifestyles tailored around them.
But just as many have forgotten about that important connection, others have returned. Some come for adventure, others for fun. But to the people whom Dr. Shirish and Anagha lead into the outdoors, it is all about learning.
For the two expats who have lived in Oman for more than 20 years, nature has always been an important teacher.
As Anagha explained, “Being from Pune, India, and having grown up with people who loved the outdoors, we have always had a close link to nature.”
“What the outdoors has to offer is not just nature and adventure, it offers a lot of learning. And that’s through experiences in the outdoors,” added Dr. Shirish.
Their first forays in sharing those experiences to teach others began in the late 70s, when Dr. Shirish, alongside others from Indian Institute of Technology Bombay, would trek the Western Ghats, occasionally taking children from their local communities on small hikes and treks there and later in the Himalayas. That early beginning convinced them to do more.
One of his friends, Vasant Vasant Limaye, would play a major role in bringing experiential learning to India, by founding High Places, which organised India’s first outdoor management programme in 1989. The rest is history.
Since then, he and a dedicated team have used nature to teach important life skills to people from all walks of life.
**media[1021084]**
Their training hub is located right along the banks of Mulshi Lake in Maharashtra, a 60 acre purpose-built site dubbed ‘Garudmaachi’, the eagles nest. Everyone from celebrities, corporates and athletes have learned a thing or two amidst the evergreen landscape and startling slopes of the campsite. Even India’s Men in Blue are no exceptions.
A fascinating anecdote they share underlines that point.
“Once, we were asked to clear Garudmaachi in 4-5 hours because we were going to have guests coming,” Dr. Shirish remembered.
“At the time, the Australian cricket team was playing a test match against India in Pune and had won in three days. The next day, Virat Kohli and the rest of the cricket team were packed off to Garudmaachi by then Coach Anil Kumble for a two- day team building programme.
“We stretched their boundaries in terms of what they thought they could do,” they said. “You can be physically fit and go up and running for a few kilometres but when you are climbing the hills and you encounter very narrow paths, that stretches your abilities and your mind.”
India would go on to win the next match against Australia in Bangalore, cementing Garudmaachi’s reputation.
Fast-forward to 2007, when High Places began its journey in Oman. More than 500 children from Oman have gone to Garudmaachi. From whitewater rafting in the Ganges to treks in the Himalayas, they have done it all. And its thanks to the Gupte’s desire to give back to the Sultanate.
“We have been for more than 20 years. We love this country; it has given so much to us. This is part of our efforts to give back, to say thank you to Oman,” they say.
They now train others in Oman itself, bringing Garudmaachi to the Sultanate in the form of the many trainers they bring directly from Pune.
“Oman has one of the best natural environments one can think of. One day we decided we needed to do something here. We chose Jabal Akhdar as the place where we can do experiential learning programmes. We have been doing there since 2007. The entire gamut of things that we can do in Garudmaachi, pretty much all of them can be done at Jabal Akhdar,” Dr. Shirish said.
Judging from the number of students and adults they have trained, it is safe to say their ambition has paid off. Lives have been changed and if they keep it up, many more are bound to be transformed by the lessons and wonders of nature.