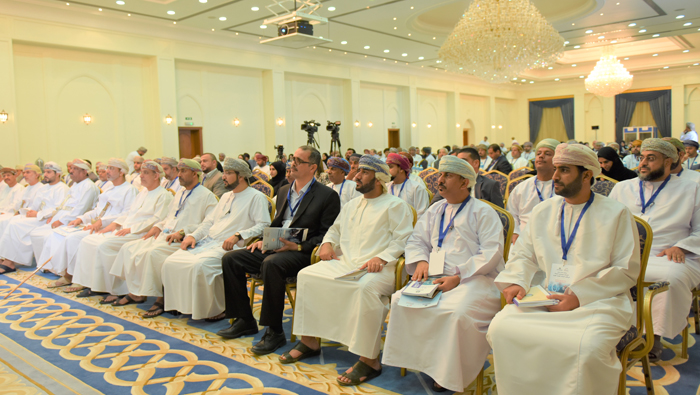 Muscat: The Capital Market Authority (CMA) organised a workshop on the new Commercial Companies Law (CCL) in collaboration with Oman Chamber of Commerce and Industry (OCCI) at the Diplomatic Club, Muscat, on Wednesday.
The event was attended by senior officers and representatives of public joint stock companies, audit firms, law firms, stakeholders and the media.
The workshop focused on the changes in the new law and the objects of the legislature in drafting the law and the spirit of the law as well as the methodology applied by CMA in preparing the legislative infrastructure of the capital market and insurance markets based on interactive partnership and communication with the private sector to identify the enquiries and exchange of views for common interactive vision.
The workshop included a number of working papers. The first was on the features of the new CCL presented by Dr Me’an Mohammed Al Qasaymah, Associate Professor of Commercial Law, Sultan Qaboos University (SQU) who tackled the articles of the new law which contains 312 articles divided into five chapters.
The first chapter was on the general provisions of the companies, the second on the regulation of one person companies in which the consideration is for the person, the third chapter is about the joint stock company which is based on financial consideration which takes the organisational form not the contractual. The fourth chapter contains articles regulating limited liability companies and the one-person company, and finally the legislature set out the penalties.
Dr Mohammed Al Shahri, Mohammed Janshall Law Firm presented the second paper on the general meetings and board of directors of public joint stock companies in the new CCL.
The paper was the on one person company and its importance to the public joint stock companies presented by Khalid Khamis Al Masroory, Director of Audit and Regulation of Commercial Establishments Department, Ministry of Commerce and Industry in which he talked about the articles of the one person company in the new law including definition of the company, establishment and the procedures in the event of the death of the owner.
The fourth paper was presented by Huda Al Ma’amariyah, Director of Inspection and Examination, CMA on the nominal value in the preparation of financial statements and the impact of cancelling the nominal value on the financial statements and the capital market.
The fifth paper was on the requirement for adjusting the situations of the public joint stock companies pursuant to the new law presented by Yahya Al Mahri, Specialist at the Department of Legal Affairs, CMA who talked about Royal Decree No. 18/2019 which enacted the CCL and effect of the law, adjustment of the legal status of public joint stock companies and amending the articles of association of the public companies.
The workshop concluded with discussion and queries on the new law.