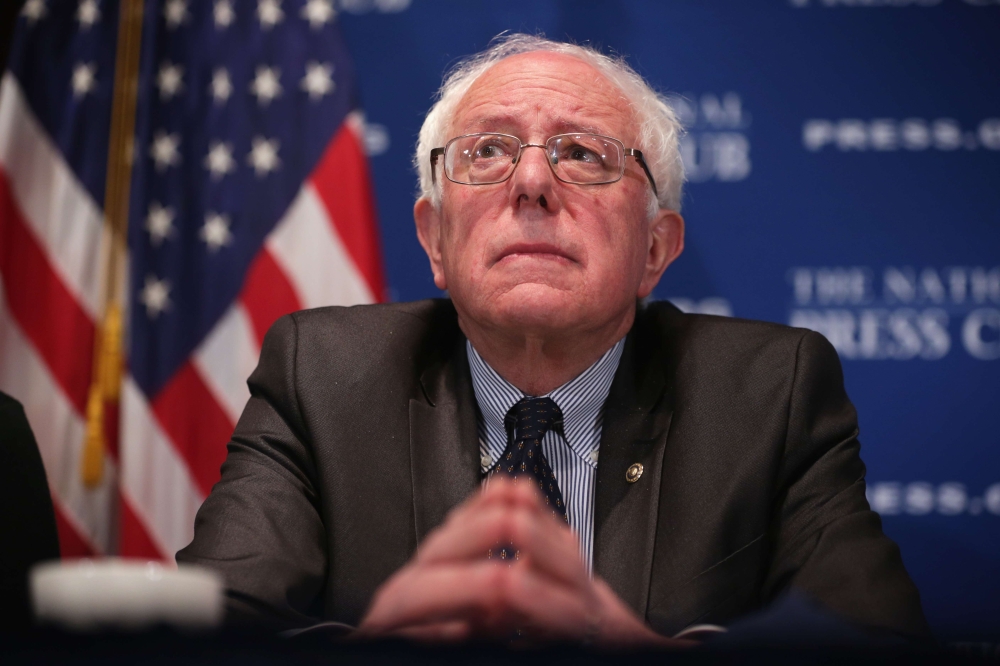 Washington: US Senator Bernie Sanders released 10 years of personal tax returns as campaigning ahead of the Democratic primaries continues

The Vermont senator earned significant income from his books in 2016 and 2017 when he made more than $800,000 each year in royalties.

Since his first White House run, Sanders has published three books, including the bestsellers "Our Revolution" and "Where We Go From Here."

In 2014, the year before the launch of his first presidential campaign, Sanders, a self-described Democratic socialist, had an adjusted gross income of $205,271.

"These tax returns show that our family has been fortunate. I am very grateful for that, as I grew up in a family that lived paycheck to paycheck and I know the stress of economic insecurity," Sanders said in a statement.

Beto O'Rourke, another Democratic presidential candidate, also released 10 years of his tax returns the same day as Sanders, with the most recent filing showing that he and his wife earned more than $360,000 in income.

Tax transparency has been in the spotlight over Trump's rejection of a decades-old tradition that presidents and White House hopefuls would make their tax returns public.

House Democrats are seeking to force the president to turn his tax returns over.

Alongside Sanders and O'Rourke, a number of other Democratic presidential candidates - including Senators Kirsten Gillibrand of New York, Elizabeth Warren of Massachusetts, Kamala Harris of California and Amy Klobuchar of Minnesota - have released their tax records early in their campaigns.