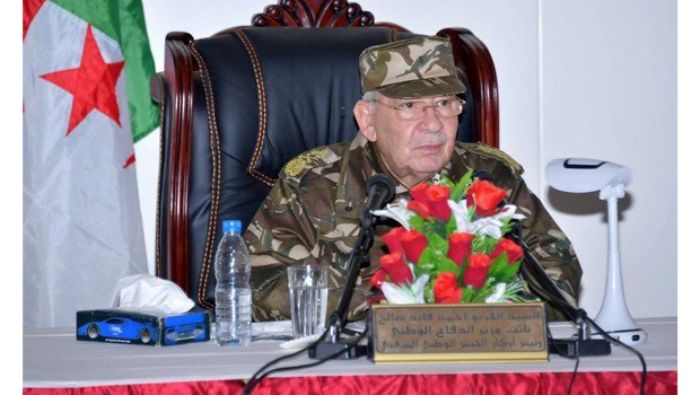 Algiers: Time is running out to solve Algeria's ongoing political crisis according to the country's Army Chief of Staff Lt-Gen Ahmed Gaid Salah.

In a communique released by the National Defence Ministry, Salah, who is also a Deputy Minister, stated "All possible perspectives remain open in order to surmount difficulties and find a solution to the crisis as soon as possible, because the situation cannot last longer as we have no time."

His statement followed the resignation of the head of Algeria's Constitutional Council, Tayeb Belaiz.

In a statement, the council said, "Belaiz notified the members of the Constitution Council, during a meeting held Tuesday, that he presented his resignation to interim President Bensalah."

Bensaleh later appointed Kamal Feniche in his place. Feniche, a judge, has been a member of the council since 2016.

A popular protest movement has rocked Algeria for two months, resulting in the resignation of former President Abdelaziz Bouteflika on 12 April.

Demonstrations have continued since the resignation of Bouteflika, with crowds calling for the resignations of Belaiz, Bensalah, and incumbent Prime Minister Noureddine Bedoui.

Protesters have remained on the streets of Algeria, demanding that all allies of the former president have no involvement in the political transition.