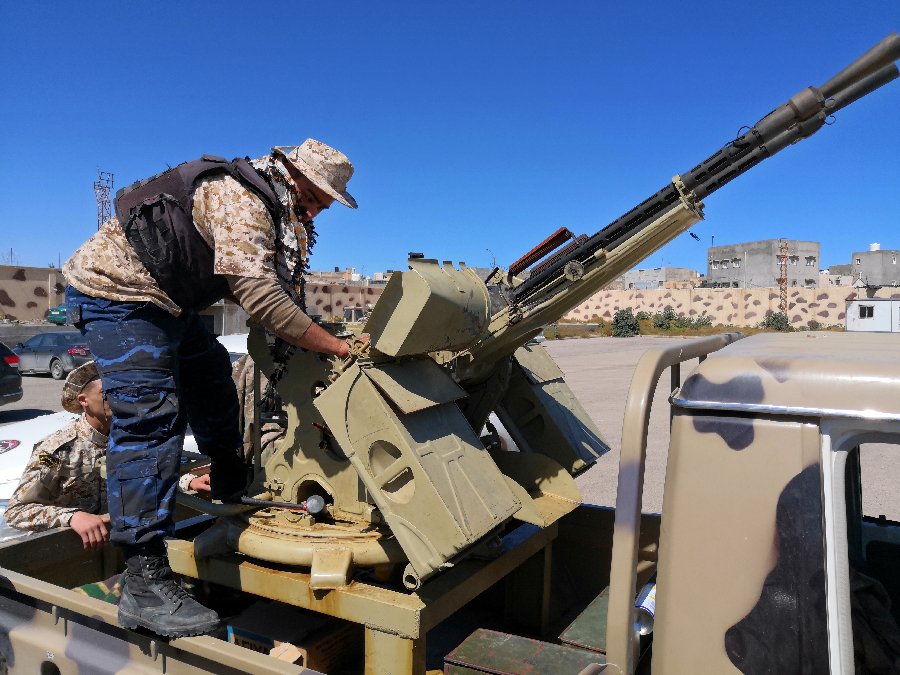 Tunis: Nearly 20,000 people have been displaced by violent clashes in and around Tripoli, according to a UN spokesperson.

The Spokesperson for the UN Secretary-General, Stephane Dujarric said, "The number of people displaced due to hostilities in and around Tripoli is now approaching 20,000, according to the UN's Migration Agency. More than 2,500 people were displaced in the last 24 hours alone."

The UN is continuing to reach out to all parties in the conflict. Yesterday, the Secretary-General's Special Representative Ghassan Salame met with Libyan representatives, who shared an appeal for an end to the hostilities and a return to dialogue signed by more than 100 Libyan academics, civil society activists, journalists, politicians and representatives of women's
organisations, he pointed out.

Many families fleeing conflict are heading towards central Tripoli and its immediate surroundings, according to reports. However, more than 14,000 of those displaced have sought safety outside the capital in Tajoura, Al Maya, Ain Zara and Tarhouna.

The UN Office for the Coordination of Humanitarian Affairs has said that centres set up by local authorities to accommodate displaced families now house some 1,500 people, according to Dujarric.

Humanitarian assistance-including emergency healthcare, food, water, hygiene supplies, and psychosocial support-is being provided at these and other locations.

"More than 8,000 people have been reached with some form of humanitarian assistance. Libyan first responder teams report that civilian evacuations are increasing, with a significant number of casualties amongst those evacuated," Dujarric added.

"Fifty civilian casualties have so far been confirmed, including 14 deaths. These figures represent cases that could be individually verified and must therefore be considered a minimum."

The UN Support Mission in Libya condemns the increased use of heavy weapons and indiscriminate shelling that has damaged civilian houses, schools and infrastructure.

According to the World Health Organization (WHO), the violent clashes have led to the deaths of 174 people and left 756 wounds.

In a tweet, they stated, "Tripoli toll is now 174 dead and 756 wounded. Additional surgical staff to support hospitals receiving trauma cases were deployed."

"The WHO Libya calls on all parties to exercise restraint and avoid causing collateral damage to hospitals, ambulances and health workers," the international organisation demanded.

Fighting erupted after forces loyal to General Khalifa Haftar began a military campaign in early April to take the capital, where the UN-backed government is based.