OTTC to take part at the World TT Championship in Budapest 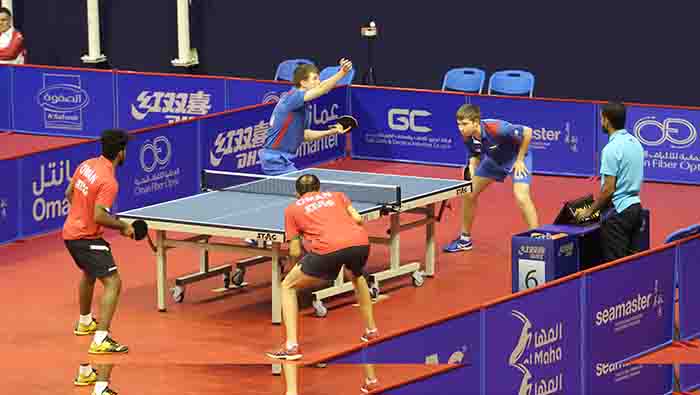 Muscat: Oman Table Tennis Committee (OTTC) will take part in the World Table Tennis Championship which will be held in Budapest, Hungary from April 21 to 28.
Abdullah Mohammed Ba Mukhlef, Chairman of OTTC, will preside over Oman’s delegation in the presence of Sajjad Al Lawati, Mohammed Al Kalbani, Board members and the TT national team players Hatham Al Mandhari and Muhannad Al Balushi alongside with Mohammed Atoom, the head coach of the national teams.
Besides to the world competitions, Oman’s delegation will participate at the Annual General Meeting (AGM) of the International Table Tennis Federation (ITTF) which to be held during the same period.
This is the second edition of Oman’s delegation participation at the world cup and AGM meetings of ITTF after their first presence in 2017 in Germany. During the ITTF’s AGM in Budapest, they will announce the hosting country for the World Veteran Championship in 2022. OTTC’s bid is one of the main nominees beside to the Malaysian and Korean bids.
World Veteran Championship is classified as one of the top world class events that will feature the participation of more than 4,000 players who are aged between 40 to 90 years.
On April 23, ITTF will unveil the host country for this high-class tourney. On April 22, OTTC’s delegation will attend the AGM meeting. A day before, OTTC will participate at Arabian and Asian meetings which will occur as part of the main meetings.
During Oman’s attendance presence in Budapest, OTTC chief and members will have a series of meetings with top officials at ITTF and TT chairman’s. The first scheduled meeting for OTTC will be with ITTF High Performance & Development Operations Manager. The meeting will highlight on the Sultanate’s preparations for the International Junior Camp which will be hosted by the Sultanate represented by OTTC in Salalah during the month of July.
Also, OTTC’s team will have similar meetings with other chiefs to discuss the related subjects to the development of the TT and benefiting from the ITTF members on spreading the game among different categories of community. On the other hand, Oman’s national table tennis team players, Haitham Al Mandhari and Muhannad Al Balushi, are gearing up to take part at the single and double competitions of the World Table Tennis Championship. It is the second time for Haitham to play at the World Championship as he took part in the previous edition in Germany in 2017 along with Assad al Raisi.
Oman’s both upcoming stars, Haitham and Muhannad, are benefited from their recent participation at ITTF Challenge plus (Oman Open 2019). Despite their results, both the players gained the required experience and developed their technical skills.