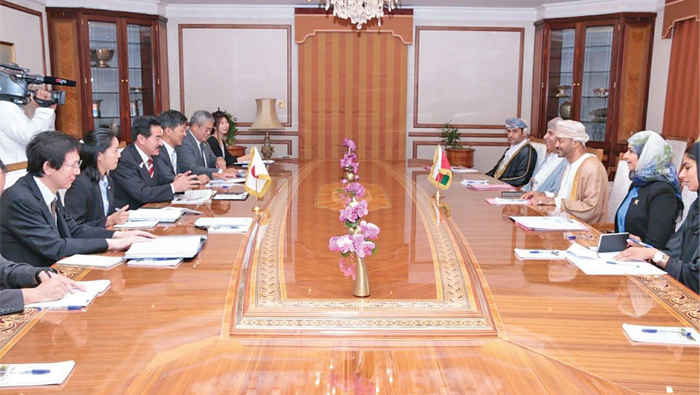 Muscat: The fifth round of political dialogue between the Sultanate and Japan was held at the Foreign Ministry yesterday.
The Omani side was headed by Sayyid Badr bin Hamad bin Hamoud Al Busaidi, Secretary General of the Foreign Ministry. Masahisa Sato, State Minister for Foreign Affairs, led the Japanese side.
The two sides discussed the friendly relations between the two friendly countries, means of strengthening them, as well as the constructive cooperation in various fields of diplomacy, economy and culture based on the results of the visit of the Japanese Prime Minister Shinzo Abe to the Sultanate in 2014.
The two countries stressed their keenness to continue their support for these fields and the importance of promoting trade development and economic and investment partnership.
On the political level, the two sides reviewed the various issues and developments on the regional and international arenas and affirmed their support for all peaceful efforts aimed at resolving the thorny differences through dialogue and understanding, thus enhancing security, peace and regional and international stability.
The meeting was attended by Khalid bin Hashil Al Meslahi, Head of the Office of the Secretary-General, Toshinori Kobayashi, the Japanese appointed Ambassador to the Sultanate and a number of officials in the two foreign ministries.