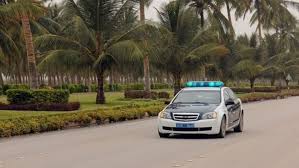 MUSCAT: Two people have been arrested on charges of car drifting in North Al Batinah governorate, the Royal Oman Police (ROP) have announced.

Royal Oman Police said in a statement online: "North Al Batinah Police Department Command arrested two driver of a vehicle after they had drifted their vehicle in a street."

Legal proceedings are under way against the two drivers.