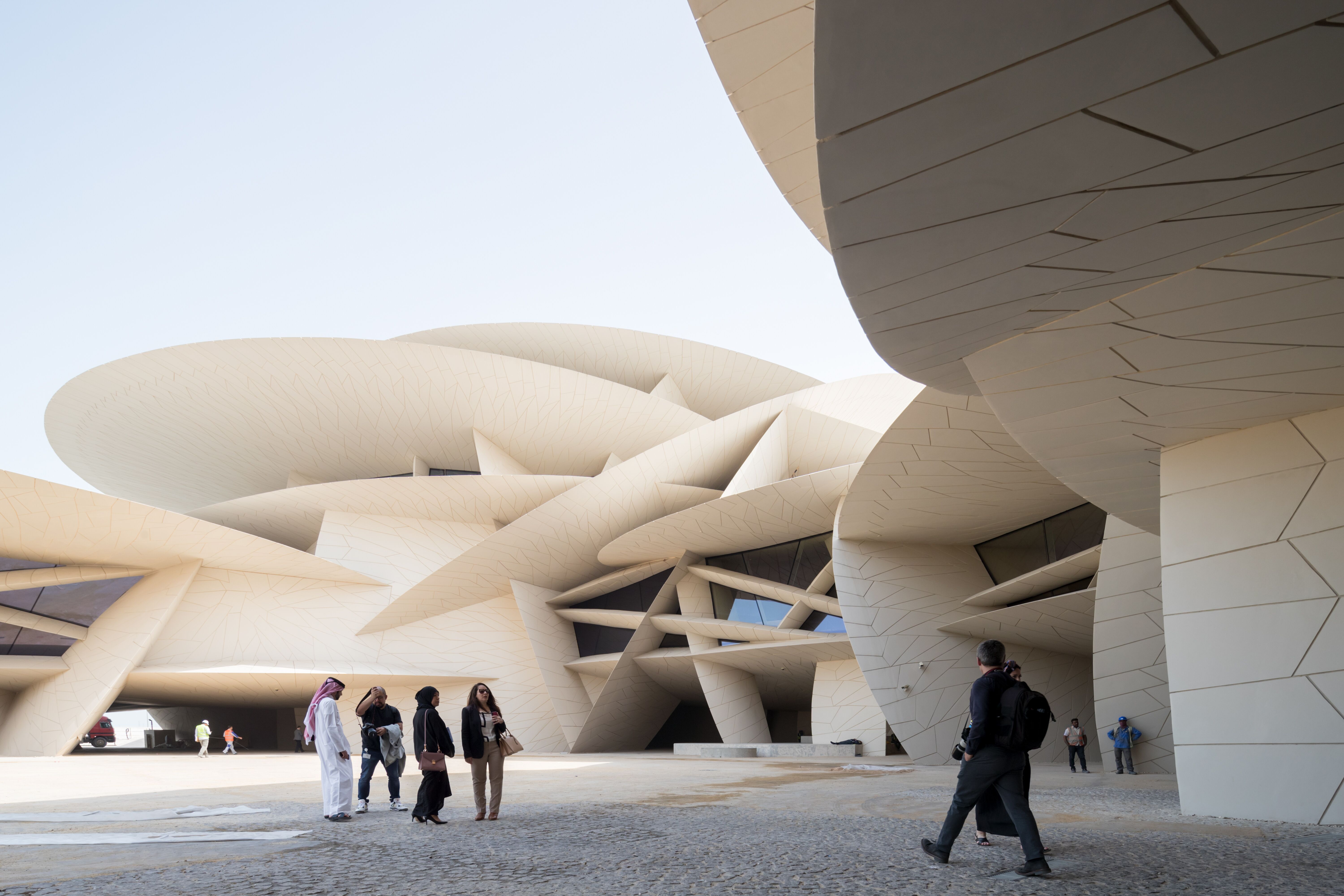 DOHA: The National Museum of Qatar is now open to the public, following a grand opening ceremony that was presided over by His Highness Sheikh Tamim bin Hamad Al Thani, the Emir of Qatar.The museum was opened to the public on Thursday, 28 March, and features the history of the State of Qatar, across a series of exhibits spread over 1.5 kilometres, across an area of 52,000 square metres, or more than half a million square feet.

The plans for the National Museum of Qatar were first drawn up in 2003, and construction work began in 2011, before finishing last year.
A number of artworks and installations were commissioned by Qatar Museums – who own and operate the facility – to make the museum stand out. Designed by famed French architect Jean Nouvel, who also designed the Louvre in Paris and the Louvre Abu Dhabi, the National Museum of Qatar is inspired by the design of the desert rose, a rock that is formed by the sand and minerals that are left behind when water evaporates under certain conditions, causing the formation of a series of circular, interlocking discs.

Outside the museum is Alfa, a work of art that incorporates a series of fountains, and takes inspiration from the alfa grass found in the desert, as well as the style of the Arabic alphabet. The work is designed by French artist Jean-Michel Othoniel.
“Jean Nouvel had already created this ‘desert rose’ so he’d established a mineral relationship with this country. For me, fountains should be seen as vegetal forms, like grass growing in the lagoon,” said the artist. “This is why I called it Alfa, because alfa is a plant found in the desert that moves with the wind. Alfa also refers to the ‘alpha’ letter, even though it is written with a different spelling.”

One of the most iconic pieces of art is the Flag of Glory, which features a group of hands jointly hoisting the Qatari flag, a tribute which shows that it take many hands to make any project a success.

“This project, called the Flag of Glory, is one of the most important projects of my entire life,” said Ahmed Al Bahrani, the Iraqi artist who designed the piece. “It is not the largest piece I have designed, but it is one of the most important, as it represents Qatar’s National Day Motto. I interpreted this motto through a bronze sculpture that is over four metres in height, with the flag reaching up to about 20 metres. I am proud and honoured to have worked on such a project. This speaks to the feeling of every person who lives in this land. I am very excited and I could not wait for the opening day.”

Dr Hessa Al Jaber, Qatar’s Minister of Information and Communications Technology, the first person to be nominated to that role, added, “Through technology, we can always see the future. However, we must not sever those vivid connections to our past. For me, the National Museum of Qatar represents our cultural consciousness. It is a cultural treasure and it contains our beautiful history. The museum helps future generations understand their history.”