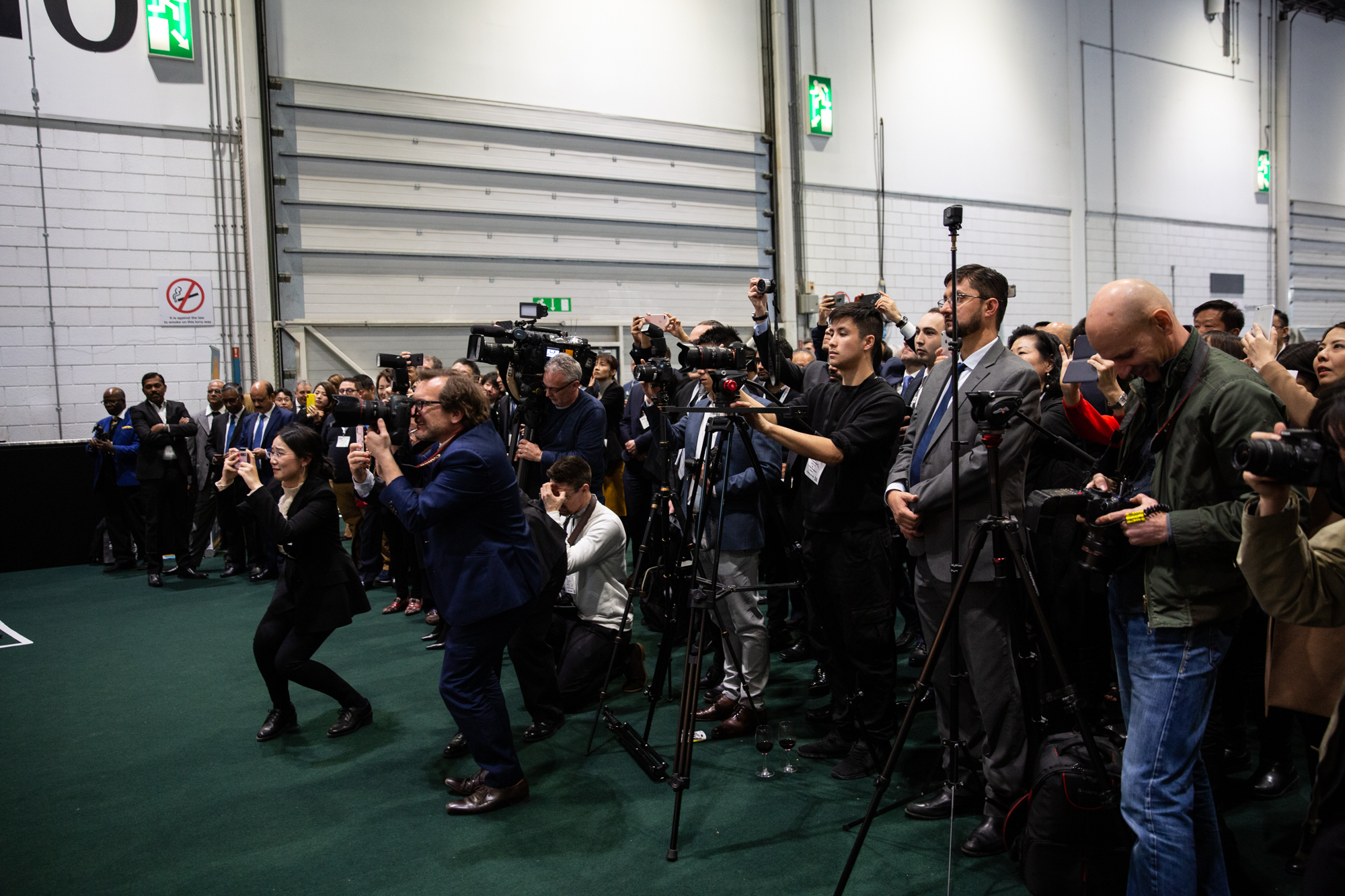 Muscat: Salalah Airport has become the first regional airport in the Middle East to receive a 5-STAR global rating.

The airport, which only opened its doors a little over three years ago, has swept the boards at the airline industry ‘Oscars’ - the Skytrax 2019 Awards.
A vital regional hub in the South of Oman, Salalah Airport is only the fourth regional airport globally to achieve this rating.
The stunning success in being rated “five stars” prompted Oman Airport Chief Executive Officer Sheikh Ayman bin Ahmed Al Hosni to thank His Majesty Sultan Qaboos bin Said for his vision to build a better Oman adding, “This ranking is only achieved thanks to his vision.”
The Skytrax 2019 World Awards were held at the London Convention and Exhibition Centre on Wednesday evening.
**media[1015643]**
Al Hosni received the award on behalf of Oman airports, and was accompanied by Salim bin Awad Al Yafie, Deputy CEO of Salalah Airport. The Skytrax Awards are one of the world’s leading standards in the travel industry and are awarded to both airports and airlines. Commenting on this new achievement for Oman’s airports, Al Hosni said: “Salalah Airport’s achievement of this rating is a confirmation of the level of care that we and our strategic partners have towards our airport users. It also shows our continued interest in following up on their comments regarding the services provided at Salalah Airport, or any other Oman airport. I congratulate the Salalah airport staff, the entire Oman Airports family and the Sultanate on this significant rating.
**media[1015644]**
“It is a pleasure for me and all the staff at Oman airports to dedicate this prestigious win by Salalah Airport to His Majesty Sultan Qaboos bin Said for his dedication towards building a modern Oman that would serve as an example. This ranking is only achieved thanks to his vision,” added Al Hosni
“I would also like to congratulate the Ministry of Transport and Communications, represented by the Technical Committee overseeing the airport projects, who have spared no effort in planning and supervising the execution of these giant Omani buildings in the best possible manner and with the best specifications. I also wish to congratulate and thank the Salalah Airport family for this achievement which came only as a result of their dedication and professionalism,” Al Hosni said.
**media[1015645]**
“At Oman Airports, we are committed to our customer satisfaction policy to provide a seamless travel experience through Salalah Airport and other civil airports managed by Oman Airports,” he added. “This award is not only a positive response to our reputation, It reflects the hard work of our team members and all of our partners and their commitment to provide excellent service to all airport users.”
This international classification adds to the achievements and titles obtained by the airport since its official operation in November 2015.
Salim bin Awad Al Yafie, Deputy CEO of Salalah Airport, said: “Salalah Airport is fully equipped with various services and equipment to receive all types of aircraft.” Al Yafie congratulated the employees of Salalah Airport and the strategic partners who are doing everything in their power to ensure that the procedures run smoothly and provide services to every traveler from the moment they arrive at the airport.
The total number of passengers traveling through Salalah Airport, including direct transits, reached 123,973 passengers by January, compared to 118,800 passengers during the previous year, recording an increase of 4.4 percent. The number of flights passing through the airport as at the end of January stood at 986 flights compared to 935 flights during the same period the previous year, with a rise of 5.5 per cent.
International flights through Salalah Airport stood at 412 between January 2018 and 2019 compared to 355 flights during the same period the previous year, an increase of 16.1 per cent.
Those flights generated a total number of 48,791 passengers compared to 43,192 passengers the previous year, an increase of 13 per cent. Domestic flights through Salalah Airport reached 574 with 75,182 passengers over the same period.
Salalah Airport features a passenger terminal with a capacity of about two million passengers a year, and a runway that is four kilometers long and 75 meters wide, giving it the ability to handle modern aircraft.
The airport has a state-of-the-art navigation system and an instrument landing system designed according to international standards.
It also includes a 57-metre-high air traffic control (ATC) tower and 27 new buildings, including a building for air observers equipped with the most advanced technology, an IT center, baggage handling system (BHS) and 3 luggage conveyors for both domestic and international airlines, in addition to a VIP lounge and parking spaces for up to 2200 vehicles.
The airport offers high-quality services including retail outlets, restaurants and other service facilities equipped with the latest technology that serve the traveller from arrival at the airport terminal through to boarding the aircraft.