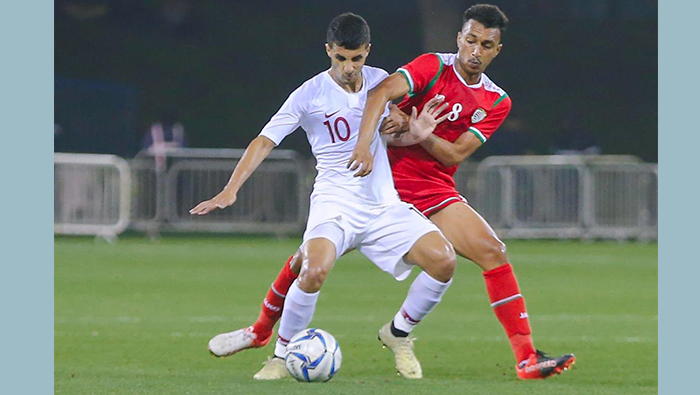 Doha: The National Olympic Football Team failed to qualify for the finals of the Asian Cup 2020 scheduled in Thailand after a 2-2 tie with the Qatari team in the last and third round of the Asian Olympic qualifying matches for the under 23 organised at the Academy for Sports Excellence ( Aspire) in Doha.
National team player Amran Al Haidi scored for the team in the 20th minute while Ahmed Hasan of the Qatari team scored in the 50th minute. The second goal for the Qatari team was in 73rd minute and the national team's second goal was scored in the 77th minute by Saud Al Habsi.