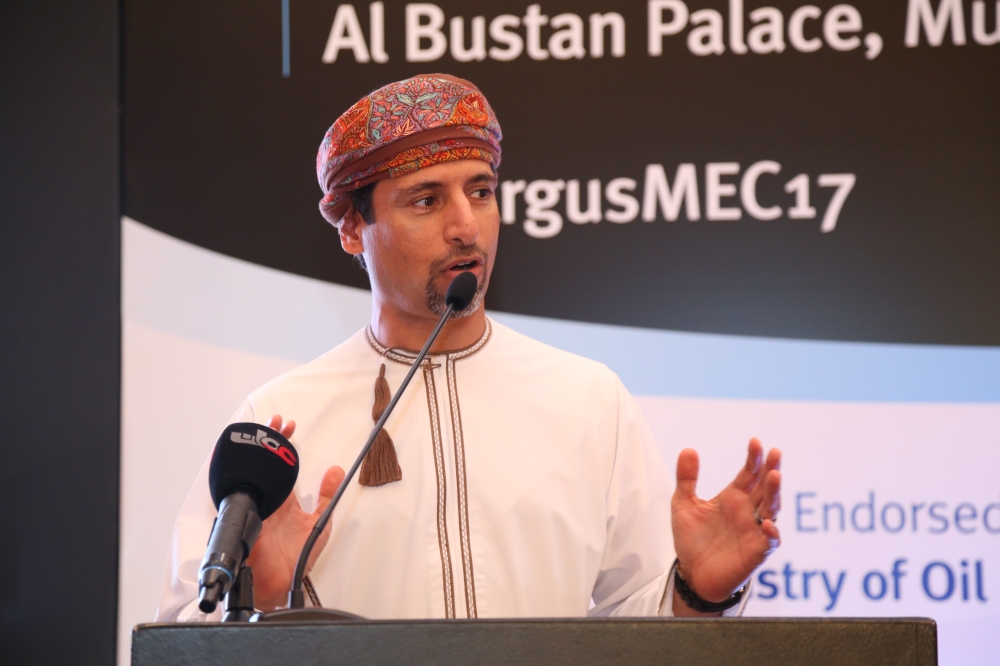 Muscat: Oman’s Ministry of Oil and Gas has said that accurately predicting the price of oil in the future is going to be far from easy, given the demands of the energy market.
As more and more research goes towards renewable sources of energy, and global supply and demand continues to dictate the price of petrol at the filling stations, Salim Al Aufi, the Undersecretary of the Ministry of Oil and Gas, has said that oil prices are expected to be unpredictable, going forward.
“Trust me,” he said, “If anybody knew how to answer that question they would be millionaires by now, if not billionaires. The message is: set your business to be resilient in the time of crisis. Nobody can predict what the oil price is going to be and nobody knows what the total demand will be for crude. In terms of fuel, willl there be a shift towards LNG, or alternative energy?”
**media[1014194]**
These comments came during a conference organised recently by the Ministry of Oil and Gas at the Oman Conference and Exhibition Centre and attended by stakeholders of the oil and gas sector.
“There will be many implications in terms of electrification of cars and solar energy. [Currently] there is more supply than there is demand, which means there will be a lot of pressure on prices,” explained Al Aufi.
“Have we seen the end of it? I don’t think anyone can give you an answer,” he added.
He added that while oil prices were unpredictable companies should ensure they are efficient.
“So really the message is: whatever you’re doing, capitalise on savings, make sure that you remove any waste remaining in the system,” revealed Al Aufi.
“You will be asked by shareholders to generate a profit, and you will be asked by your clients to minimise cost. That’s not an unreasonable demand from either side. Are we going to be relaxing all the contracts that we have extended and signed since 2014 just because of oil prices improving? The answer is no,” he added.
In this context, he said that businesses needed to continue to spend cautiously and wisely, even if oil prices seem like they are going to increase in the future. A drop in oil prices over the past few years has seen companies in Oman tighten their belts and cut back on spending, and Salim Al Aufi recommended that companies should spend in a way that maximizes returns on their expenditure in order to protect themselves from the impact of any future fluctuations in oil prices and enabling them to maintain a stable work environment for their employees, irrespective of the external situations.
The undersecretary’s advice for companies came when Musallam Al Mandhari, the Chief Executive Officer of the Oman Society for Petroleum Services (OPAL), asked, “ The economic downturn of the last four years has been very painful for all OPAL members. Have we seen the end of the downturn? Are we still lean and mean? Or will we see some growth in terms of oil prices soon?”
In response, the undersecretary explained “Whatever efficiency we’ve capitalised on, we need to keep. Whatever financial gains that we have materialised, we need to keep as well. Otherwise, we would be slacking again as soon as oil prices go up and before we know it, the oil prices drop and everybody scrambles again. So let us sustain as much as possible, capitalise on gains, and drive even more in terms of efficiency.”
Ramanuj Venkatesh, a financial analyst based in Oman, said individuals should also needed to be careful in their spending during a time of fluctuating oil and gas prices. He said, “ An average consumer should go for conservative or budgeted spending in order to have more reserve funds to buy with when oil prices rebound”.
“Demand and supply govern the oil and gas sector mostly, which is the biggest factor in the fluctuation,” he added. Some countries have untapped oil reserves, some wish to be self-sufficient in terms of energy, and some countries, such as Japan, are making big pushes in the field of renewable energy sources and solar energy in particular. All of these affect the price of oil.”