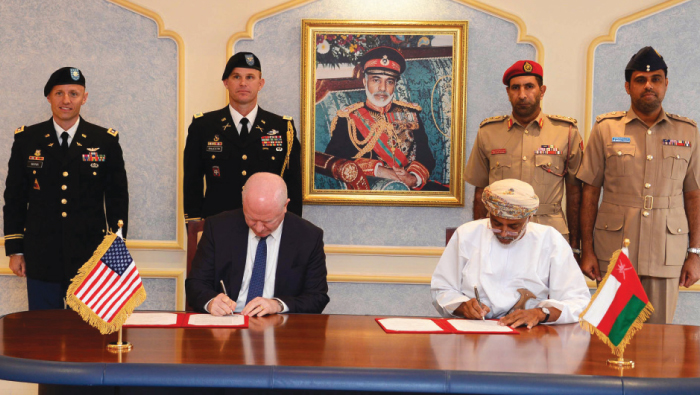 Muscat: The Sultanate and the United States of America signed yesterday a framework agreement between the Ministry of Defence and the US Department of Defence.
The agreement was signed by Mohammed bin Nasser bin Mohammed Al Rasbi, Secretary General of the Ministry of Defence and J. Severs, the US ambassador to the Sultanate.
The agreement enhances the Omani-American military relations.
Use of facilities
It will allow the US forces to take advantage from the facilities offered at some of the Sultanate’s ports and airports during visits of the US military vessels and aircrafts, particularly in the port of Duqm.