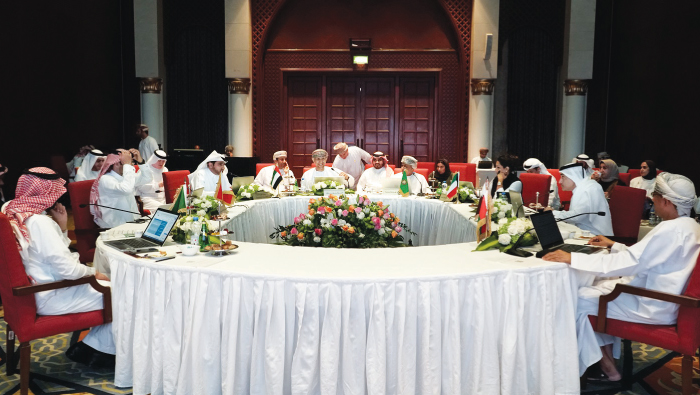 Muscat: Unified procurement of hardware and software for implementation of the eGovernment strategy guidelines was among the issues discussed at a regional meeting, here on Sunday.
Hosted by the Sultanate represented in the Information Technology Authority (ITA), the 20th meeting of the GCC eGovernment Executive Committee, began yesterday.
The 2-day meeting is held inAl Bandar Hotel at Shangri-La Barr Al Jissah,in the presence of some excellences’ heads of the authorities and programmes of eGovernment in the GCC countries along with the presence of specialists from the General Secretariat of the Council.
During the meeting, the committee discusses the General Secretariat report on what has been implemented of the decisions that had been decided on in its seventeenth meeting. The Committee also discusses the implementation of joint initiatives between the GCC member countries as are contained in the GCC Guidelines Strategy in eGovernment.
In addition to reviewing the report of the Kingdom of Saudi Arabia to hold the fifth session of the GCC eGovernment Award and conference, which will be hosted by the Kingdom in 2017.
Dr. Salim Sultan Al Ruzaiqi, CEO of ITA and the head of the Omani Delegate, said, “We are pleased to have our brothers from the GCC countries on the Sultanate to discuss and follow up on what has been achieved on the implementation of the GCC Guidelines eGov strategy which sets the road map for a number of initiatives including strengthening the Information Security Framework, joint eServices, unified procurement of hardware and software and other initiatives that serve the people of our sister countries.”
“Through the GCC eGov Executive Meeting and the associated working teams, the Sultanate hopes to continue the joint efforts and activate the GCC eGov Guidelines strategy and its initiatives through coordination of stands and efforts among the GCC countries and to ensure the exchange of experiences thus helping to achieve the desired development in the field of eGovernment and ICT,” he added.