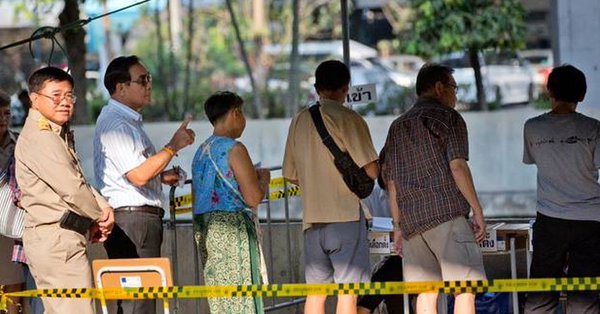 Muscat: The people of Thailand are voting today in the country's first elections since a coup in 2014.

A total of 68 candidates, including eight women, are running for the post of Prime Minister.

The election will, according to authorities, restore civilian rule but the military will retain a decisive role in politics under a new constitution. Former Army Chief and leader of the 2014 coup Prime Minister Prayuth Chan-o-cha is aiming to continue leading his country, this time at the head of an elected government.

The vote today will determine the fate of 500 seats in the country's House of Representatives, the lower chamber of Thailand's legislative branch. The ruling junta will appoint a 250-member Senate, or upper house. A candidate for PM needs 376 votes to be elected.

Several political analysts predicted that the total voter turnout could exceed 80 percent, an all-time high in the country.

Thailand's Election Commission has until May 9th to finalise the outcome of the elections.