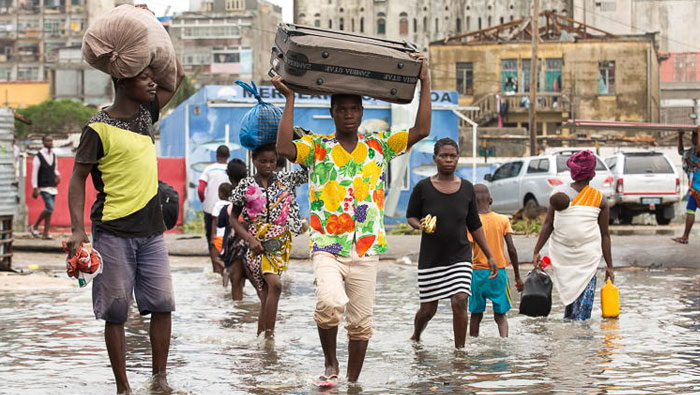 Muscat: The UN Refugee Agency (UNHCR) is working with governments and humanitarian partners in Mozambique, Zimbabwe, and Malawi to provide relief to survivors of Tropical Cyclone Idai, the organisation announced.

The agency confirmed that they were sending emergency response teams, making its staff, expertise and aid supplies available to assist those affected by the disaster, which struck the east coast of southern Africa on 14 and 15 March.

In a statement, UNHCR said, "Our teams will support the on-going efforts to respond to the urgent life-saving needs of the affected people, including refugees.

"We are mobilising emergency shelter and core relief items from our global stockpiles to assist some 30,000 people in dire need, including affected refugees in Zimbabwe and their host communities, and the local population displaced by the cyclone."

According to the agency, the affected population is in dire need of basic relief supplies, food, health services and shelter. Relief items provided by the UNHCR include family tents, shelter plastic tarpaulins, sleeping mats, cooking sets, utensils, mosquito nets, and solar lamps among others.

In Mozambique, the most affected country, the government has declared a national emergency as the death toll from the effects of the Cyclone climbs above the reported 242 and is expected to exceed 1,000. The country is currently home to some 25,000 refugees – who have fortunately not been directly affected, the agency confirmed.

In Zimbabwe, the government has declared a state of disaster, and 104 people are reported to have died as a result of the cyclone. Two districts are reported to have been severely affected, including Chipinge District, host to Tongogara refugee camp. The camp currently has some 13,000 refugees, many of whom have suffered injuries, but no fatalities.

UNHCR also stated that it is is conducting rapid assessments in Tongogara camp to determine the extent of the damage, however, based on available information 2,000 refugee houses, mainly built using mud bricks, were completely or partially damaged. Over 600 latrines have collapsed, and borehole water is feared to be contaminated due to flood waters. According to the agency, there is a real danger of an outbreak of waterborne diseases.

The refugee host communities have also been affected, and it is estimated that 100,000, Zimbabwean residents of Chipinge District, including some 20,000 who live near the refugee camp, are in immediate need of life-saving humanitarian assistance.

In Malawi, the government has also declared a state of national disaster, and 84 people are reported to have died. At least 15 districts and two cities have been impacted, with approximately 840,000 people affected nationally by the floods.

About 94,000 people are displaced and sheltering in makeshift sites for internally displaced people. Refugee locations in Malawi were not directly affected.

More than 4,400 Mozambican nationals - including women and children, have been forced to seek safety from the Cyclone’s devastation in Nsanje district, in Malawi. We plan to assist both Mozambican new arrivals and their Malawian hosts.