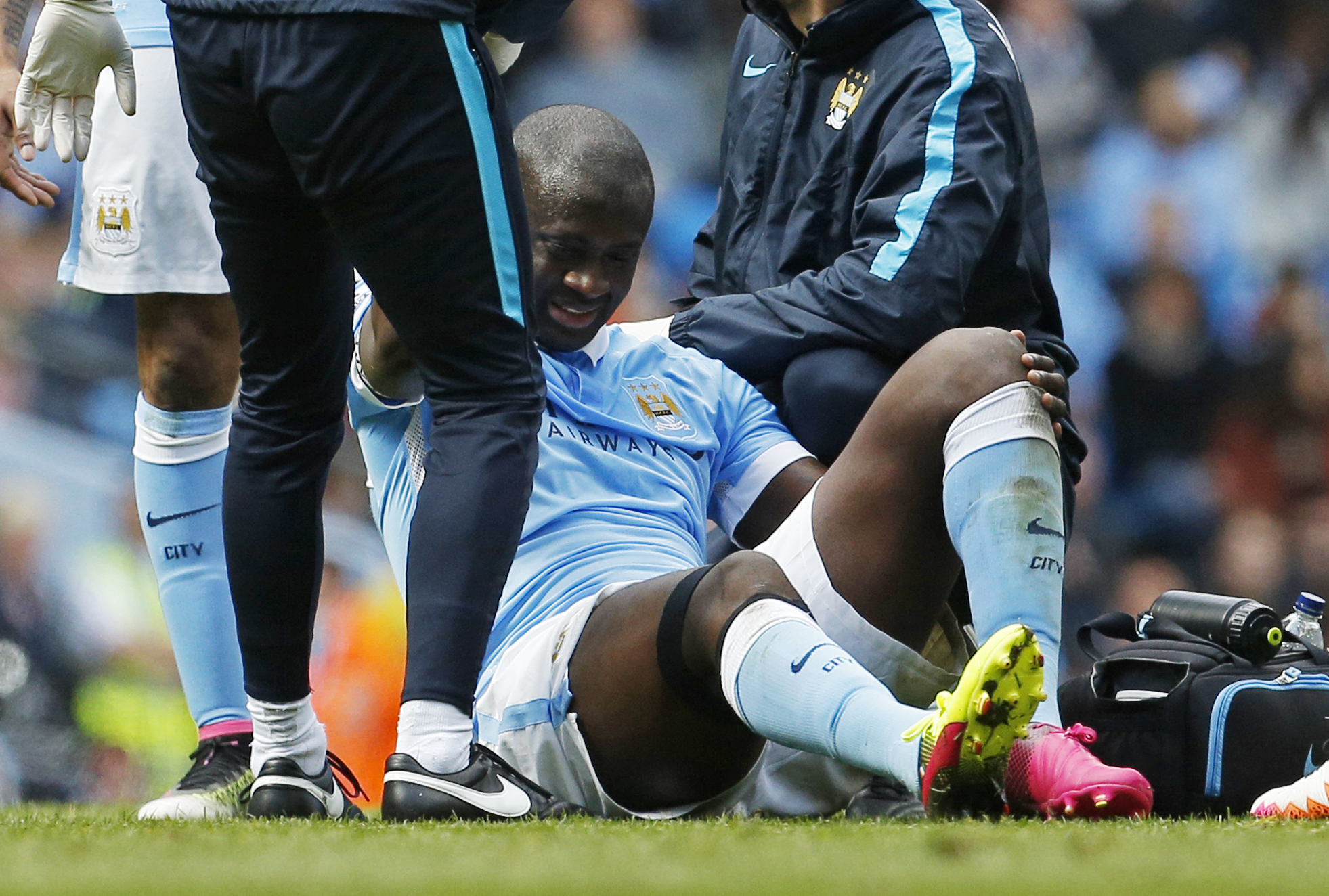 London: Manchester City will be without their midfield powerhouse Yaya Toure in Tuesday's Champions League semi-final, first leg at home to Real Madrid after he failed to recover from a leg injury sustained at the weekend.
The Ivorian suffered a muscle injury in the 4-0 win over Stoke City on Saturday and will not feature against the 10-times European champions at the Etihad Stadium.
Manager Manuel Pellegrini said former Barcelona player Toure could also be struggling to make next week's second leg.
"Yaya is going to be out, I think. He hasn't recovered from the muscle injury," Pellegrini told a news conference on Monday.
"Tomorrow the two players not on the squad list are (Samir) Nasri, who is not registered, and Yaya who is injured."
City, playing their first European semi-final for 45 years, face the daunting task of containing a Real side who have won their last nine games in Spain's La Liga.
However, despite the threat posed by the likes of Cristiano Ronaldo, Karim Benzema and Gareth Bale, Pellegrini said he will send his players out to attack.
"We won't just try to defend to reach the final. I have always tried to have a team who play good football, play well," Pellegrini, who had a spell in charge of Real, said.
"The way we do it is just as important."
City were beaten by Real's arch-rivals Barcelona at the last-16 stage in the past two seasons, having a player sent off during the tie on both occasions.
Pellegrini said maintaining discipline would be key if they are to overcome Zinedine Zidane's side.
"We need a hot heart and a cold mind -- against Barcelona we played with one player less both times. It's very difficult with ten players. We need our emotions under control tomorrow."
While City must do without Toure, captain Vincent Kompany declared himself 100 percent fit having recovered from another calf muscle problem.
"Everything went well (in training) and, as always, unfortunately when you're injured you have to work a lot harder than the rest and that's what I did," he said.