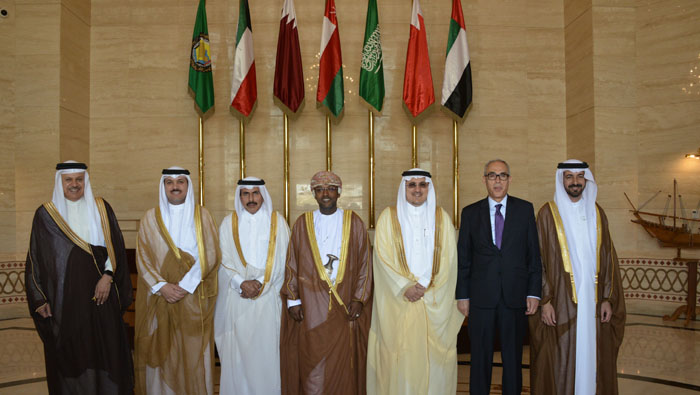 Muscat: The Sultanate hosted the 72nd meeting of the Governors of Monetary Institutions and Central Banks of GCC countries on Thursday at the GCC Supreme Council Consultative Authority building in Muscat.
The meeting was chaired by Tahir bin Salim bin Abdullah Al Amri, Executive President of the Central Bank of Oman (CBO).
Al Amri said that the meeting is a continuation of the process of cooperation and integration among the Gulf Cooperation Council (GCC) countries.
He also emphasised that all stakeholders recognise the significance of these meetings as they provide an important platform for exchange of experience and expertise. Additionally, these kinds of engagement, he said, also provide an opportunity for the monetary authorities in the GCC countries to coordinate and cooperate with each other, especially, in light of the challenges that are currently confronting the global and regional economic environment.
Al Amri also pointed out that in view of the great responsibilities shouldered by the monetary authorities and the central banks, which are always required to ensure monetary and financial stability in the country, it is imperative that these institutions continue to adapt rules and regulations that can effectively deal with the changed economic circumstances.
The adoption of national strategies and programmes to enhance financial inclusion, specifically the empowerment of women and youth, access to financial services and the expansion of the opportunities to modern technology are critical for driving economic growth and sustainability. Bringing advancement and progress in payments and settlement processes is also important to reduce the cost of transactions, promote investment environment and encourage the two-way trade.
Al Amri pointed out that the banking sector in the region has proved its resilience and its ability to adapt to the changes.
He said it has also been able to live to its full potential in terms of maintaining its attractiveness as a custodian of national savings.
Likewise, it has also proven its ability to fund and finance the private sector in addition to financing the government budget deficits as and when required.
He also referred to the important role played by the monetary authorities and the central banks in the region in terms of providing the requisite regulatory frameworks.
It is to be noted that during the meeting, a number of issues related to supervision and control of the GCC banking system, the payment systems and the use of technologies in the financial sector were discussed.
Additionally, the Committee also discussed issues related to the joint dialogue between the monetary institutions and the central banks of the GCC countries and some economic groups and blocs, in addition to discussing several other related topics.