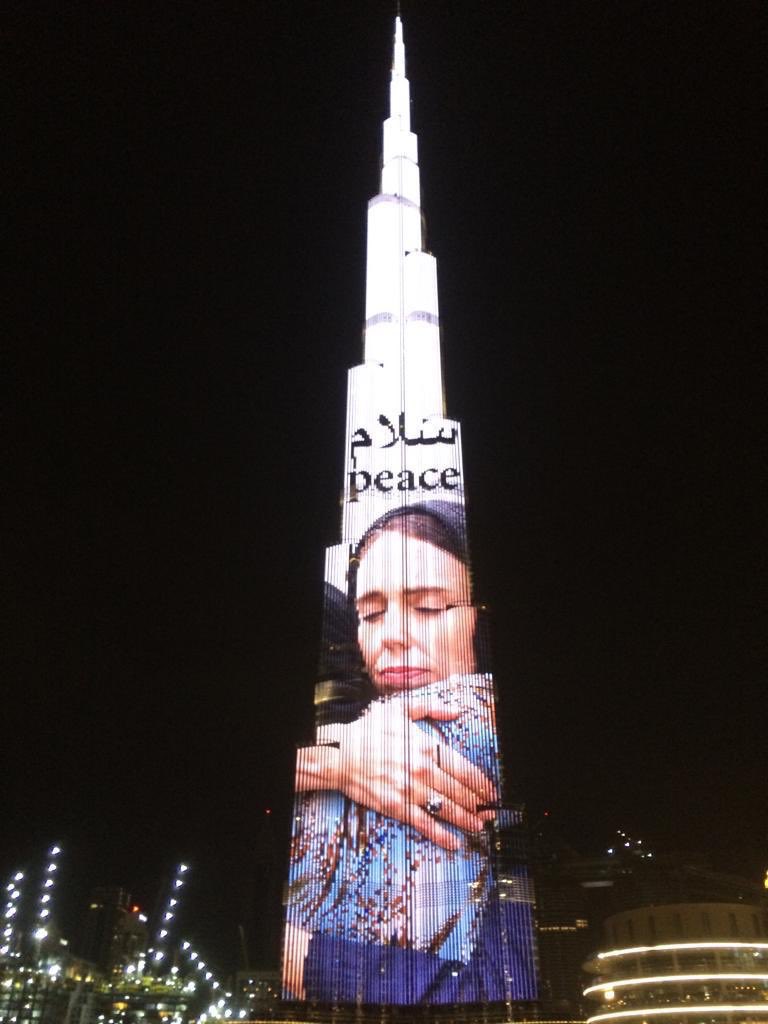 Muscat: A photo of New Zealand Prime Minister embracing a Muslim woman while wearing a hijab was displayed on Burj Khalifa with the word ‘Peace’ scrawled above it.

The image comes as thousands across the world stand in solidarity with New Zealand, one week after the horrific terror attack which claimed the lives of 50 worshippers in Christchurch, NZ.

On his personal Twitter account, His Highness Sheikh Mohammed bin Rashi Al Maktoum thanked Prime Minister Jacinda Ardern for her stance with the global Muslim community in the wake of the terrorist attack.

"New Zealand today fell silent in honour of the mosque attacks' martyrs. Thank you PM @jacindaardern and New Zealand for your sincere empathy and support that has won the respect of 1.5 billion Muslims after the terrorist attack that shook the Muslim community around the world," he said on his Twitter account.

Since the attack, PM Ardern has banned all military-style semi-automatic weapons, and the country has also enforced a ban on all assault rifles.