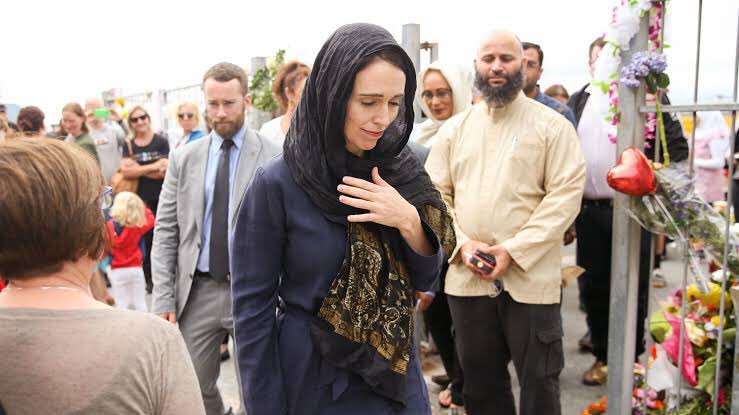 CHRISTCHURCH: New Zealand came together in a national day of reflection Friday to mark a week a week since a white supremacist gunned down 50 people at two mosques in Christchurch.
The Muslim Call to Prayer was broadcast on national television at 1:30 p.m. local time, followed by two minutes of silence to remember those who lost their lives in the terrorist attack.
Speaking to mourners in the crowd, New Zealand Prime Minister Jacinda Ardern said "New Zealand mourns with you."
Quoting the Prophet Muhammad, she said: "The believers in their mutual kindness, compassion, and sympathy are just like one body. When any part of the body suffers, the whole body feels pain."
"New Zealand mourns with you; we are one," she said.
As the Muslim community gathered to pray and mourn, hundreds of non-Muslims stood around the perimeter of the site in solidarity. – With input from agencies