Over 5,000 Venezuelan refugees in Brazil relocated 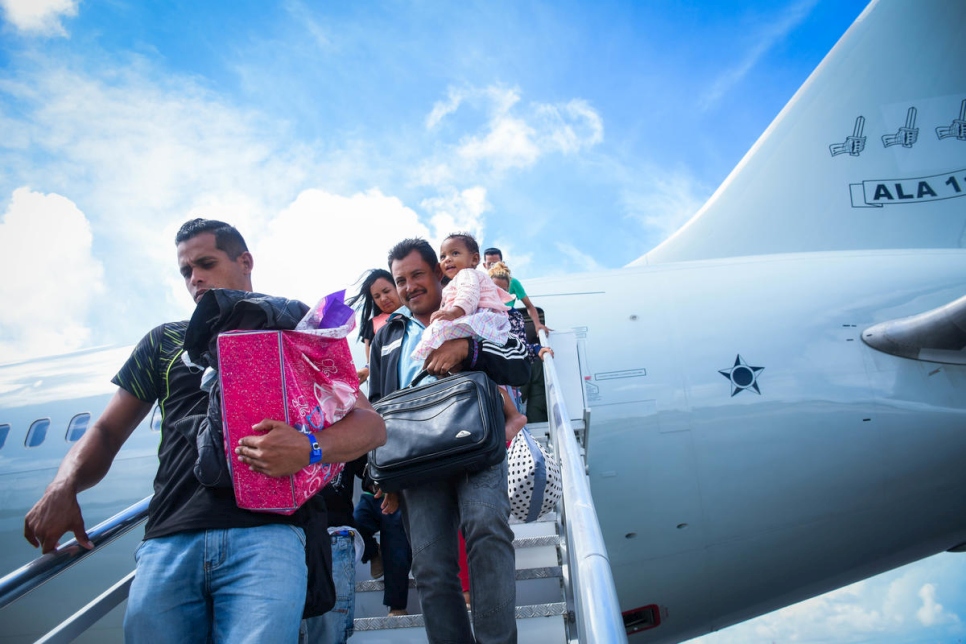 Muscat: Over 5,000 Venezuelans have been relocated from Brazil’s northern state of Roraima to 17 other states in the country, the UNHCR has said.

The agency attributed their relocation to an innovative programme it has supported alongside civil society groups and other UN agencies.

According to official figures, Brazil has received more than 200,000 Venezuelans since 2017. Some 85,000 of them have lodged asylum claims, while some 40,000 have received temporary resident visas.

The UNHCR stated that Venezuelans had left hyperinflation, foot shortages and political instability for the safety of Brazil, with most making the crossing by land. Those that were relocated were transported by plane as part of an effort to reduce the floating population in border regions.

The agency confirmed that an aircraft from the Brazilian Air Force (FAB) took off with 225 Venezuelans from Boa Vista (the capital of the State of Roraima, some 200 kilometres from the border with Venezuela). The refugees and migrants chose to go to 13 different cities in Brazil and air transport was organised accordingly. More flights are scheduled over the next weeks.

The voluntary relocation initiative began in April 2018 and now involves 50 different cities all over Brazil. It was designed to reduce the pressure on host communities in the north of Brazil, where refugees and migrants have been arriving from Venezuela, compelled to flee their country due the difficult socio-economic, human rights and political situation.

UNHCR has played a key role in the internal relocation programme, notably by identifying eligible beneficiaries among the residents of temporary shelters in the border city of Boa Visa and ensuring they have the right documentation to travel.

The relocation initiative, implemented in coordination with Government, civil society, the private sector and other UN agencies on the basis of the Global Compact on Refugees, is creating new local integration opportunities for Venezuelan refugees and migrants in other parts of Brazil.

Other modalities include family reunion and an employment opportunities programme in which refugees and migrants in Roraima are selected in advance by private companies and given jobs in other states. UNHCR is assisting participants with support for house rental and household expenses.