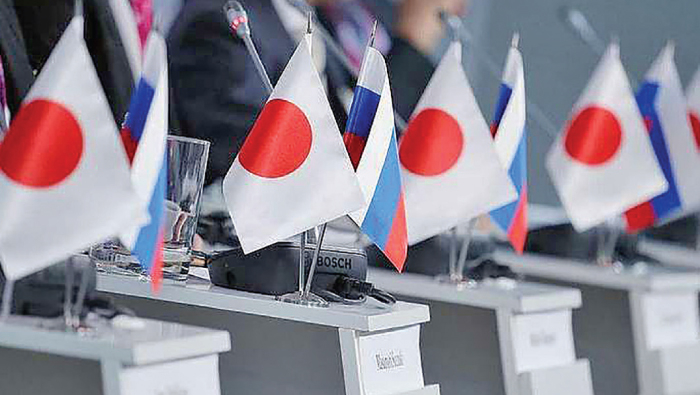 Tokyo: Tokyo and Japan have agreed to refrain from disclosing the detains of the peace treaty talks going on between the two countries, Japanese Foreign Minister Taro Kono said at a meeting the upper house’s budget commission on Monday.
“Our countries are in talks based on the decision made by the leaders of Japan and Russia to step up efforts to make a peace treaty. We look forward to making an agreement but I would like to avoid discussing its details in public.
“Russian Foreign Minister Lavrov and I agreed not to disclose the details of the talks,” Taro Kono said about dialogue between Tokyo and Moscow.
The Japanese top diplomat also pointed out that Tokyo had on many occasions lodged protests against the Russian Armed Forces’ activities on the southern Kuril Islands.
Since the mid-20th century, Russia and Japan have been holding consultations in order to clinch a peace treaty as a follow-up to World War II.
The Kuril Islands issue remains the key sticking point since after WWII the islands were handed over to the Soviet Union while Japan laid claims to the four southern islands. How the Kuril Islands dispute arose, and the story behind Russian-Japanese peace efforts
In November 2018, Russian President Vladimir Putin and Japanese Prime Minister Shinzo Abe held a meeting on the sidelines of the ASEAN summit in Singapore and agreed that the two countries would accelerate the pace of the peace negotiations based on the 1956 Joint Declaration.
The document ended the state of war and said that the Soviet government was ready to hand Shikotan Island and a group of small islands called Habomai over to Japan on condition that Tokyo would take control of them once a peace treaty was signed.