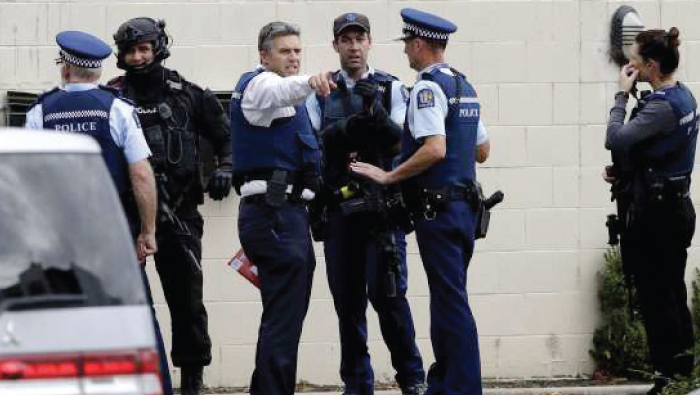 Christchurch: In the wake of Friday’s horrific mass-shooting in Christchurch that left 50 people dead and scores more fighting for their lives in hospital, New Zealand’s gun laws have come under immense public pressure as those across the country try to come to terms with the shocking
tragedy.
Addressing the nation from the capital city of Wellington on Monday, Prime Minister Jacinda Ardern assured New Zealanders that changes to country’s gun laws would soon be finalised.
“Cabinet today made in principle a decision around the reform of our gun laws,” she said. “This ultimately means that within 10 days of this horrific act of terrorism, we will have announced reforms which I believe will make our communities safer.”
“As the Cabinet, we were absolutely unified and very clear. The terror attack in Christchurch on Friday was the worst act of terrorism on our shores, it was in fact one of the worst globally in recent times and it has exposed a range of weaknesses in New Zealand’s gun laws.”
As it currently stands in the South Pacific nation of 4.8 million people, in order to obtain a firearm license a person must pass a test to ensure he is considered a “fit and proper person.”
This involves an interview process and a series of checks with the applicant’s chosen referees. “It is a stringent process at some level, but in saying that 99.3 percent of all applicants get their gun license approved,” New Zealand Police Association President Chris Cahill explained to Xinhua.
“The killer’s gun was purchased legally and that’s part of the issue. Once you obtain a license you can purchase a lot of firearms and there is no record of how many firearms you actually own.”
Calling for the establishment of a national gun registry and a ban on the kind of semi-automatic weapons used by the killer, Cahill said there are currently around 240,000 licensed firearm owners in New Zealand.
“However because we do not have a registry, we don’t know how many there are or where they are. What we do know is that there are about 50,000 firearms imported into New Zealand every year and a large portion of that number are semi automatics.”
“There is also no restriction on ammunition, so you could go store-to-store and stockpile bullets and it wouldn’t set off any alarm bells with authorities.”
While there have been several attempts in past years to strengthen New Zealand’s firearm laws, on each occasion calls for reform failed. “The first big report came back in 1997 by Justice (Thomas) Thorp and that was in response to a mass-shooting in Aramoana near Dunedin where a man shot down 13 people,” Cahill said.
Appearing combative at media conference today, the owner of a gun store which sold the alleged killer ammunition and four firearms between December 2017 and March 2018, told reporters he does not feel in any way responsible for the tragedy.
While saying “there is no way of knowing” if the shotgun that was sold online to the 28-year-old Australian-born suspect Brenton Tarrant was used in the terror attack, Tipple adamantly denied selling the suspect any semi-automatic weapons.
With a handful of picketers outside Tipple’s Gun City store this morning to voice their opposition to the continued sale of high-powered firearms in Christchurch, one of protesters, Reina Dornan, told Xinhua, “I’m not blaming any body, but I think mistakes were made that allowed this to happen, so I came down here to say that I support gun law changes,” she said.
Al Lowe, an IT professional living in Auckland, thinks New Zealand’s gun laws “should be stricter.”
“All weapons should be licensed, recorded on a national gun register and secured in a locked cabinet inspected every six months. Failure to adhere to rules would see gun licences revoked,” Al Lowe suggested.