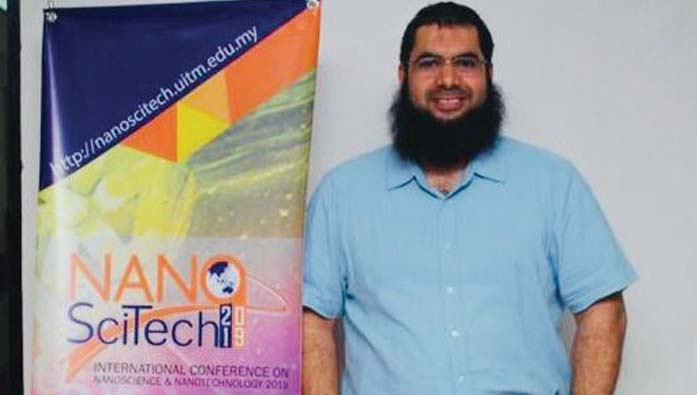 Muscat: Concrete blocks that repel water could save homes on coastlines from erosion, according to the award winning Omani scientist who invented them.
Omani Scientist Dr. Majid Al Ruqeishi won “Best Oral Presentation” at the 10th International Conference on Nanoscience and Nanotechnology, held at the Universiti Teknologi Malaysia earlier this month for his presentation on hydrophobic cement made in Oman. According to him, the invention could protect coastal homes from deterioration.
“It is important for coastal buildings, and can be used in oil and gas drilling wells where cement can be used to plaster the formations. It can also be used in roads, but that needs a special way to mix the nano particles with certain stabilisers beforehand,” Al Ruqeishi told Times of Oman.
The cement blocks are made from a material that, at its core, repels water.
When water is poured on the blocks, it behaves “like mercury” and slides off the material.
The researchers - Al Ruqeishi and his colleagues Associate Professor Tariq Mohiuddin and final year student Al Mutasim Al Zakwani - came up with the idea after they noted how the walls of coastal homes deteriorated from the inside with time.
“We noticed that most of the damage to homes near the coastline comes from humidity, which is nothing more than the accumulation of water droplets. This causes small fractures in the blocks, and may corrode the steel and iron inside. Available solutions only deal with the outer surface of these blocks, and we decided to search for a solution involving nanotechnology to make intrinsic hydrophobic cement blocks,” added Al Ruqeishi.
“We are still upgrading our research and the super hydrophobic blocks and are sure that we want to commercialise it as a product after it is patented. We are ready to collaborate with the industry.”
He thanked his two co-researchers and added, “Our research in nano-technology depends on nano-materials produced and the synthesis techniques available here at the physics department in Sultan Qaboos University.”