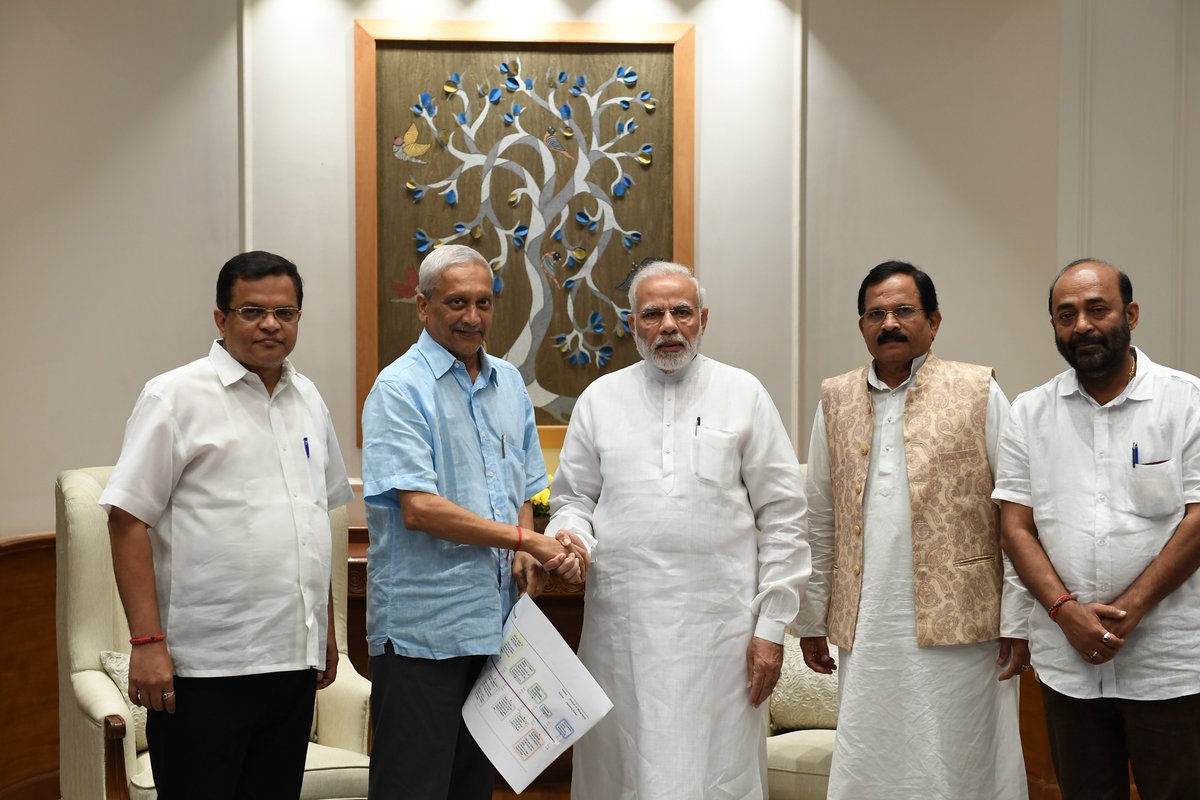 NEW DELHI: Indian Prime Minister Narendra Modi has said the country will be ‘eternally grateful’ to former Defence Minister Manohar Parrikar, who passed away last night after a year-long battle with cancer.“India will be eternally grateful to Shri Manohar Parrikar for his tenure as our Defence Minister,” said Modi. “When he was Raksha Mantri, India witnessed a series of decisions that enhanced India’s security capacities, boosted indigenous defence production and bettered the lives of ex-servicemen.
“Shri Manohar Parrikar was an unparalleled leader,” added Modi. “A true patriot and exceptional administrator, he was admired by all. His impeccable service to the nation will be remembered by generations. Deeply saddened by his demise. Condolences to his family and supporters. Om Shanti.”
Parrikar served as Chief Minister of Goa at the time of his demise. He died at his home in the Goan capital of Panjim. As Defence Minister, he oversaw the reported surgical strikes India carried out in Pakistan Administered Kashmir.
“Shri Manohar Parrikar was the builder of modern Goa,” added Modi. “Thanks to his affable personality and accessible nature, he remained the preferred leader of the state for years. His pro-people policies ensured Goa scales remarkable heights of progress.”
The Bhartiya Janata Party – to which Modi belongs – has confirmed that the mortal remains of Parrikar are currently being held at their office in Panjim, where party members and officials can pay their respects to him.