Extreme weather conditions lead to evacuations across the Midwest 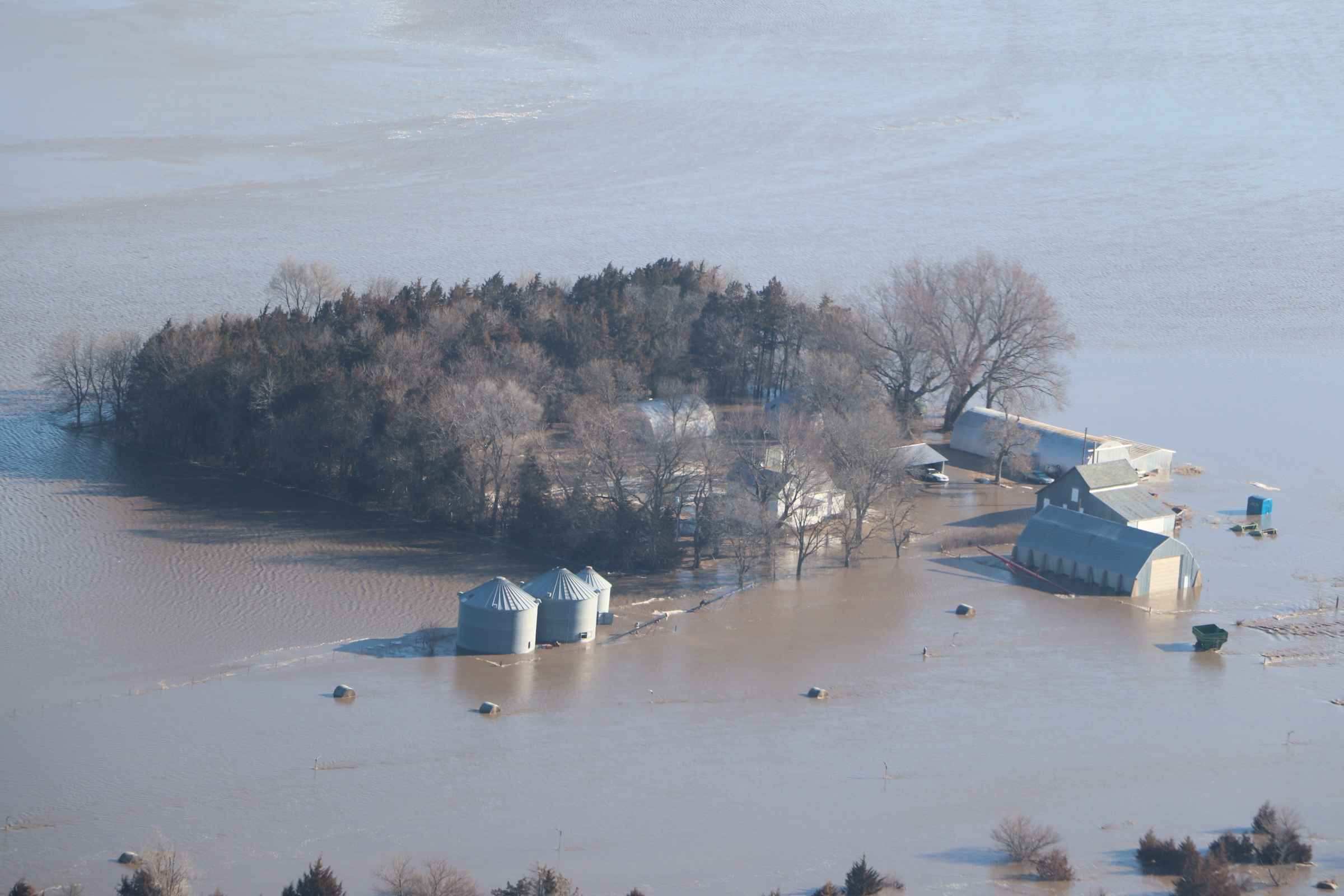 Muscat: Extreme weather conditions in the American Midwest forced thousands to flee their homes according to authorities.

The National Weather Service said that flooding would continue "across Iowa, southern Minnesota and Wisconsin, eastern Nebraska and southeast South Dakota. High pressure will promote quiet weather across most of the country."

In Nebraska, the flooding was the worst the state had seen in decades, with the state's governor confirming that areas including dams and highways were completely submerged.
**media[1011767]**
Governor Pete Ricketts said, "As snow and rain pass, many communities have experienced devastating flooding. This could last for quite some time. Nebraskans should watch the weather and waterways in their communities closely in the coming days, and be prepared for historic levels of flooding even if it has not hit their community yet."

The historic flooding and extreme weather conditions in Nebraska were reported over the weekend in nearly every region of the state, according to the Governor's office.

In the State of South Dakota, ,Governor Kristi Noem also signed an emergency declaration, saying, "The storms this week have been extremely difficult for many of our communities.”
**media[1011769]**
“This has been a statewide emergency with people impacted by heavy snow, high winds, rain, and freezing rain. This emergency declaration provides state agencies flexibility to help counties recover.”

Steel Shippy, Communications Director to the Governor of Missouri, confirmed that "several levees are broken and water running over the top, nearly 140,000 farm acres are expected to be impacted in the flood plain."