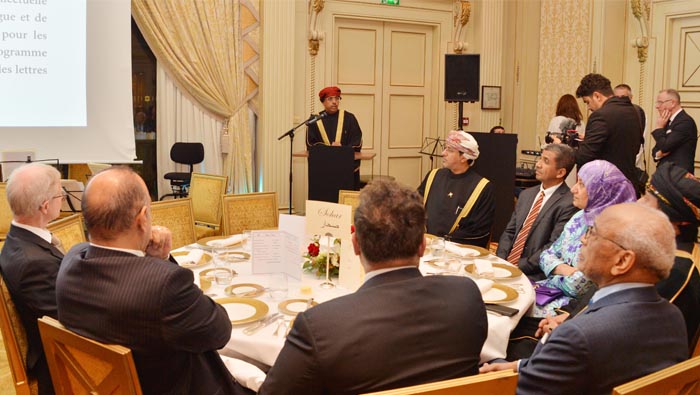 Paris: A reception was organised on the occasion of the Sultanate’s participation as Special Guest in the 39th Paris International Book Fair, in the presence of Dr. Abdulmoneim bin Mansour Al Hasani Minister of Information and the delegation accompanying him, a number of their highnesses, ministers, undersecretaries and a number of government officials from the French side.
Dr. Abdulmoneim bin Mansour Al Hasani gave a speech in which talked about the relations between the two countries.
He said that “the French Museum in Muscat stands testimony to the deep-rooted histrionic ties between Oman and France”. He also expressed his thanks to the organising committee.
The reception included screening two documentaries on the Sultanate along with photos depicting the nature, history and traditions in Oman.