Past on display at Ibri’s historic Iraqi Township 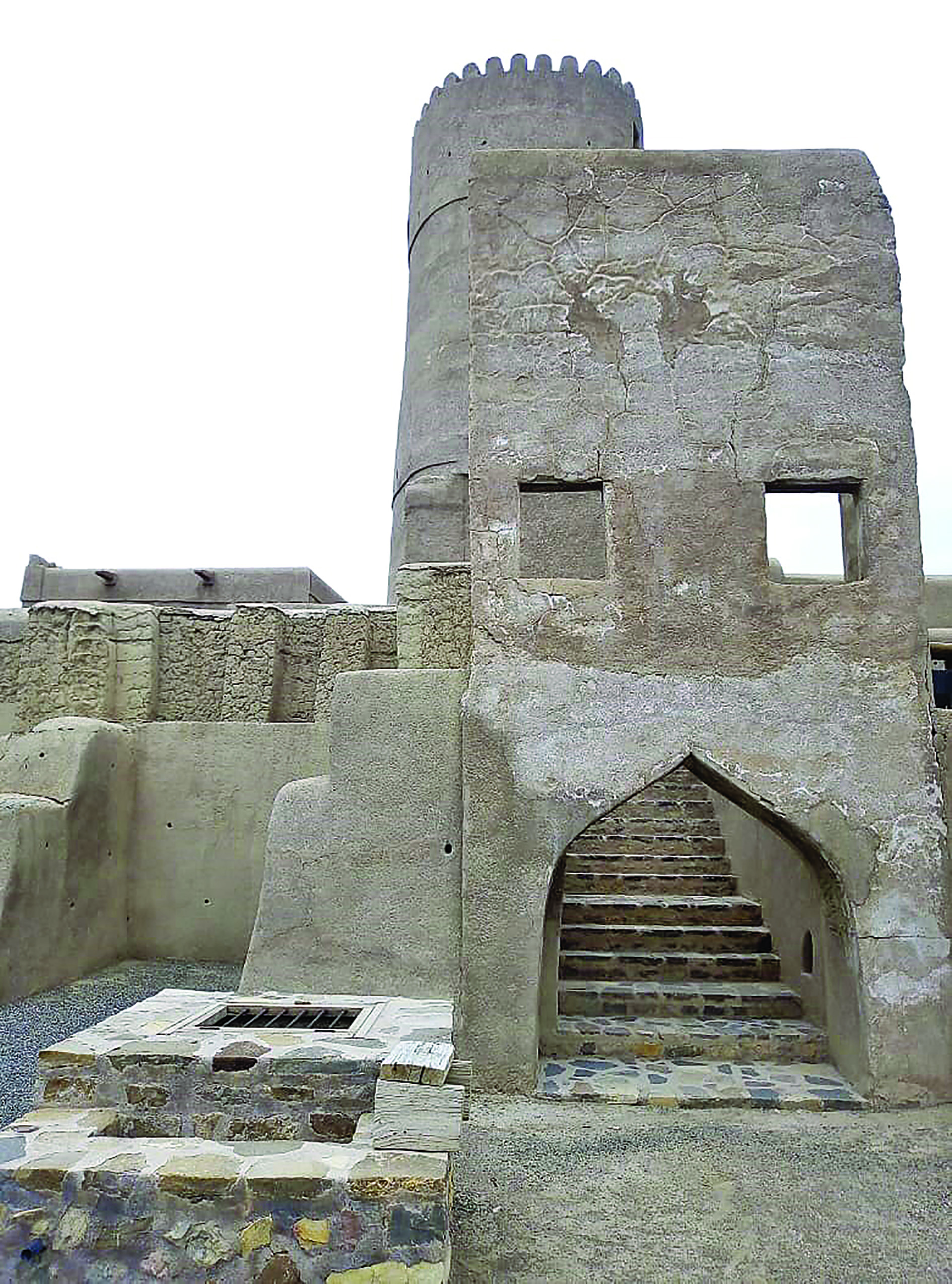 Ibri: Al Iraqi Township in Wilayat of Ibri in the Governorate of A’Dhahirah lies about 8 km from the centre of the wilaya.
It is a mixture of heritage, originality and modernity. It has a very old historical and architectural heritage that was laid down by our ancestors.
It is seen in the splendour of its old buildings, represented by Al Iraqi Fort with its two towers built of plaster and mud and its old neighbourhoods and houses.
Al Iraqi Township is of the names of the ancient history, named by the ancestors, whose features remained to the present time as a sign of the depth of the original cultural heritage Al Iraqi Fort has received great attention from the Ministry of Heritage and Culture. It was restored in 2010 and today it looks in new shape.
The construction of the fort dates back to pre-Islam, but the two towers, which characterise the fort from other forts, date back to more than 200 years ago, one is built of plaster in ten stories and the other is built of mud.
The fort is adjacent to the old Iraqi market, Imam Jabir bin Zaid Mosque, a school for the Holy Quran, in addition to two wells and large rooms, such as the room of the plaster house (Al Gharabiya) and the room of Al Hadith House.
Al Kasaba” is one of the features of the fort. It contains houses, rooms and Sibla, named Al Iman Sibla, in addition to another Sibla, named Al Qila Sibla, outside the fort.
Al Iraqi Market (Souq) until the mid-eighties was famous as it was one of the most famous markets of the Governorate of A’Dhahirah, and was a commercial destination for parents, visitors and traders through the diversity of exhibits, goods and areas of various commercial transactions and auctions, in addition to sales of sheep, and cows and others.
Today, there are only old mud shops that tell the present and future generation what was the reality of Al Iraqi Market in the past years that reflected the ancient heritage of the township. Some of the old shop owners restored them and some of them were opened for commercial purposes.
With the urban movement witnessed in Al Iraqi Township, in addition to the commercial activities, the duality of Ibri-Maskan Road that passes by the township, was completed which adds to the beauty of the place in addition to encouraging tourism, economic and social aspects.
The citizens also pay attention to cooperation and solidarity among themselves to serve the town and its people. They have contributed, by their own efforts, to complete a series of service projects in their township.