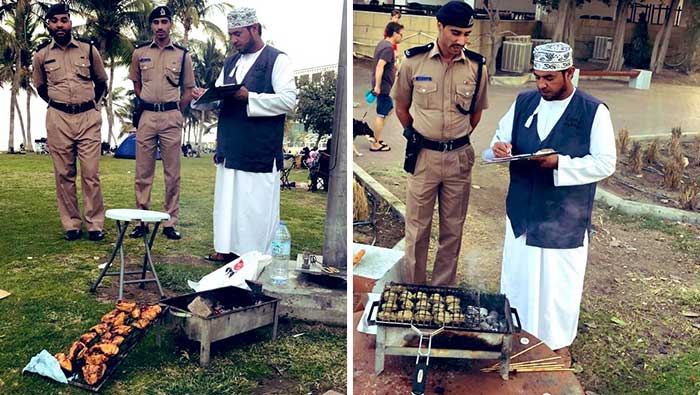 Muscat: Grilling or barbecuing on the grass at parks and other public spaces in Muscat can now earn people an OMR100 fine, following a new municipal order issued by the authorities.
According to municipal order number 31/2019 issued by Mohsin bin Mohammed al Shaikh, Chairman of Muscat Municipality: “It is prohibited to grill or light an open fire at parks, public beaches and grassy areas except for those places designated for grilling by the municipality. Those who break this municipal order will have to pay an administrative fine of OMR100, and must remove the offending objects.”
This law will come into effect 30 days after it is first published.
Ahmed bin Sulaiman Al Abri, Director of Legal Studies at Muscat Municipality, said that such a decision is part of the regulatory measures aimed at organising the process of starting a fire in public places, grassy areas, gardens, parks, public beaches, corridors and green spaces by allocating sites and places for this purpose, and to ensure the visitors of public parks and beaches and residents of residential neighbourhoods near these sites are not disturbed.
About the fine, he added, “The administrative fine came as a result of the urban inspection campaigns and awareness campaigns carried out by the municipality. The fine has been increased from OMR20 to OMR100 due to the increase in the number of cases of fires being started on grassy areas and complaints filed by beach-goers and residents near such places due to the smoke and smell.”
Another official at Muscat Municipality said, “Some do barbecuing and grilling, while others smoke shisha, which causes inconvenience to many. Some of them also have respiratory issues such as asthma and other related diseases.”
The municipality has called on people visiting beaches and parks-goers to adhere to the cleanliness of these sites and their overall appearance, and to ensure no disturbance is caused to the visitors of these areas.