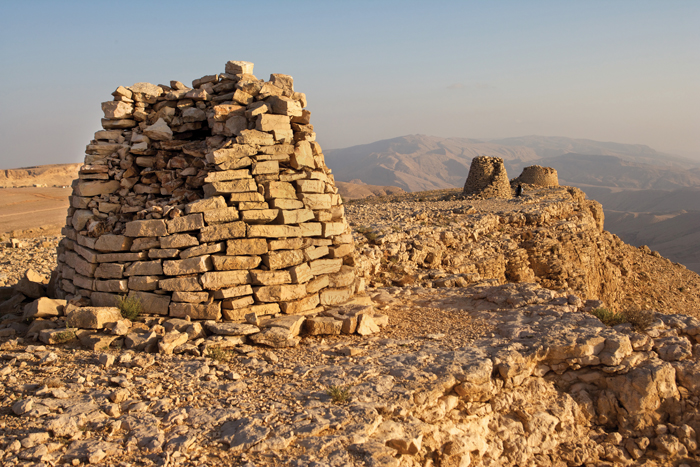 It’s during times like these that we adults wish we were children again. No, it’s not that we miss writing our exams, those tedious, three hour things that make our heads hurt and our hands ache even more; it’s what comes after the exams that is sure to make us excited about rewinding the clock.
It’s not the results I’m talking about either. No, it’s that time in between the two that makes being a child truly blissful. With many of the schools in Oman closed for term break, now is the time to make the most of the amazing weather and explore all that this country has to offer. T Weekly has six destinations
for families.

Musandam
Oman’s northern governorate is a place many of us have heard of, but few have had the chance to visit. Well, there’s no time like the present, so pack your bags! What makes it different from the rest of Oman is the craggy mountain peaks that surround you on three sides, giving Musandam a harsh, but beautiful landscape. The region’s capital, Khasab, is located some 540km from Muscat and makes for one unforgettable road trip.
The water teems with marine life, making it a great diving and snorkelling experience for children, while many operators have also set up dhow cruises for those who want to see the region at a more leisurely pace.
A road trip to Musandam will also take you through the UAE. The road to Khasab will is only accessible through Ras Al Khaimah, while going through Fujairah is your easiest path to Dibba. A visa and/or travel documents are required for you to pass through the UAE. Alternatively, you can take the ferry from Shinas, the final border town of the Omani mainland, and travel to both Dibba and Khasab in the north. Flights to Khasab are also available.
Should you head to Khasab seeking a (literal) taste of the region’s culture, do head to Khasab Port, where the women of Zaree Khasab have set up a pavilion to share their heritage with visitors. Zaree Khasab was created by Omani local Iman Al Salti, with initial support from OMRAN, the country’s tourism investment arm.
“If you look at the number of people who are coming, we thought of how we could make them interested in Musandam, and also looked at how local people could benefit from them,” she said. “We decided to open a majlis or sablah inside Khasab port, so that once people finished their dhow cruises, they could come to this tent and connect with our culture and share it.”
“If they want to know anything about Omani culture, eat Omani food, buy any souvenirs that are handmade from the women in Khasab, or ask about Arabian culture, they can do it; the most important thing is to exchange ideas with local people,” she added. “If they want to wear the traditional clothes or get some henna designs on their hands, we can do that for them as well.”

Jabal Akhdar and Jabal Shams
It is a bit of a misconception that Oman is little more than a vast tract of desert. Yes, parts of the country are hot and arid, but the Sultanate is home to several forms of natural beauty.
The mountains of Jabal Akhdar (the Green Mountain) and Jabal Shams (the mountain of the sun) are truly worth a visit during not just this time of the year, but throughout the summer months, with one very good reason...it is on average 15 degrees cooler atop these mountains as compared to sea level.
If that’s not a good enough reason, that watching a glorious sunrise bathe the mountains and canyons of the Hajar Mountains surely is. Many people choose to load up their four-wheel drives and camp outdoors, which makes for an amazing experience, but you can also choose to stay at one of the resorts up there should you wish to.
“The problem with coming to Oman is that there is so much to do!” said Ross Jennings, aka The First Piper, a Scotsman who wants to play the bagpipes across every country in the world. “My Omani adventures took me up Jebel Akhdar and Jebel Shams, where I ended up camping for the night and watching the sun set over the ‘Omani Grand Canyon’ - truly spectacular.
“Oman’s traditions, history and culture are so enticing that I felt myself being swept up in it all. It’s a country that is modernising in a way that seems to have allowed it to maintain its cultural integrity,” revealed Jennings. “Every individual that I interacted with was an exceptional ambassador for Omani culture—polite, hospitable and friendly.”

Nizwa
Oman’s ancient capital is a reminder of the way things were, and of the traditional Omani way of life. Green fields receive their precious, nourishing water of life from the ancient but fully-functioning falaj systems, vast canal networks that carry and then recycle underground water to fields so that they may thrive in this desert climate.
“Oman’s falaj system is known for its complexity and history dating back thousands of years and the technique of transporting large quantities of water across long distances in those days is really fascinating. Our ancestors developed this using groundwater and rainwater from the mountains,” said Ali Mohammadi, a tour guide in the country. “If you visit some of the areas in Al Dakhiliyah and trace the source of a Falaj system, you will see that the source of the groundwater is sometimes kilometres away.”
The town, which is the capital of the Dakhiliyah Governorate, is home to a sprawling souq that sells several traditional wares, including stunning silver souvenirs, handcrafted earthenware, spice markets and even stalls that offer mock versions of ancient Omani sabres and muskets. You needn’t worry about going hungry either: Nizwa Souq also has many shops that sell fresh fruit, as well as tender, flavourful meat.
“It is obligatory to see this in Nizwa,” said Polish tourist Giovanka W. “You do not have to buy and haggle, but you must see it. We wanted to buy incense. The shopkeeper talked to us for a long time. He willingly answered our questions. It was a nice experience for us.”
Also worth a visit down memory lane is Nizwa Fort, which was built in the 9thc century to protect the surrounding area from bandit raids, and then renovated in the 17th century. Its large cylindrical main tower once featured an impressive battery of cannons, many of which have now been removed, with only a couple now on display for tourists, who can also visit the fort’s one-time arsenal, where its weapons were stored, as well as its barracks, where its garrison lived.

Salalah
Oman’s south is a land of contrasts. The Dhofar region happens to be its agricultural heartland, and is home to relics of Oman’s past that made the country known across the world.
The world-famous frankincense tree – the boswelia sacra – thrives in the Dhofar region, and any seasoned guide will be happy to take you across the region. The precious resin was more than worth its weight in gold, and was shipped across the ancient world to places as far as Ancient Egypt and the Roman Empire, from the historic region of Sumharam. Today, it is one of the country’s four UNESCO World Heritage Sites.
“The city of Al Baleed was built in the year 2500BC,” said Amer Al Rawas, of the Museum of the Land of Frankincense in Salalah. “The area known as the Land of Frankincense has four places: Khor Rori, Wadi Dawka, Wubar and Al Baleed. The tourists who come here enjoy seeing the ancient artefacts. Frankincense has been part of Oman’s history and culture for a long time, because you had Al Baleed as the trading place for frankincense from many parts of the world, such as the Pharaohs of Egypt, the Romans and the rulers of Sindh.”
Regular flights are available from Muscat to Salalah, although the more adventurous among you might choose to travel the 1,021 kilometre journey by road. Either way, a few nuggets of frankincense resin plucked directly from the trees are sure to impress the rest of the school.

Marina Bandar Al Rowdah
A short drive from Muscat, Marina Bandar Al Rowdah’s location makes it an ideal place for those who want to spend the day out of the city proper, and lose yourself among the tranquil waves of the sea.
The marina is best known for its dolphin boat tours, which are a hit among adults and children alike. There’s nothing that compares to seeing these intelligent creatures leaping out the water, their bodies glistening as the sunlight bounces off of them, as they soar upwards and then back down again in a graceful, almost mesmeric arc, as these mammals descend back into the water in unison.
It is an event that is sure to delight many tourists, residents and locals alike. When you do go out on the boat, do be sure to congratulate the person who has managed to capture a selfie with a leaping dolphin in the background.
“Dolphin watching is extremely popular,” said Sathish AP, marketing manager for Coral Ocean Tours. “We mainly organise daily dolphin-watching tours, especially during the mornings. People are really happy to see these dolphins, because they come here just to watch them. These dolphins naturally belong to these waters, we have not brought them here and kept them here. The most popular dolphin you can see here is the bottlenose dolphin. People come here because they have heard a lot about the dolphin watching here. On Fridays and Saturdays, you get sometimes 100 people per day, and that is one company alone, and there are nearly 10 companies here.”

The Bat Tombs
Located about 250km from Muscat, the Bat Tombs – another of Oman’s UNESCO Heritage Sites – are located on the outskirts of Ibri, and offer a true insight into Oman and the Arabian Peninsula’s prehistoric past. Consisting of the sites of Bat, Al Khutm and Al Ayn, the three form an archaeological complex that were built during the 3rdcentury BC, during the Bronze Age. In addition to the tombs, the complex also features towers, rural settlements, irrigation systems for agriculture and superstructures for houses and temples.
The necropolis of Bat consists of two distinct forms of tombs: the first is constructed in the form of the famed beehive, while the second, which was built overlooking a river, contains stone cairns. Other more elaborate tombs, also built in the style of the beehive, are also found there, and truly are an eye-opener when it comes to seeing the foundations of the Sultanate.
“The whole area around Bat is scattered with beehive tombs, but that is just one of the areas,” said local tour guide Ali Mohammadi. “If you drive in this region, which is located next to Ibri, you will see other places such as Al Ayn and Al Khutm, which have similar beehive tombs. These tombs date back to the Bronze Age, which was more than 5,000 years ago, and here you are, standing five metres away from it, so this is really fascinating.” [email protected]