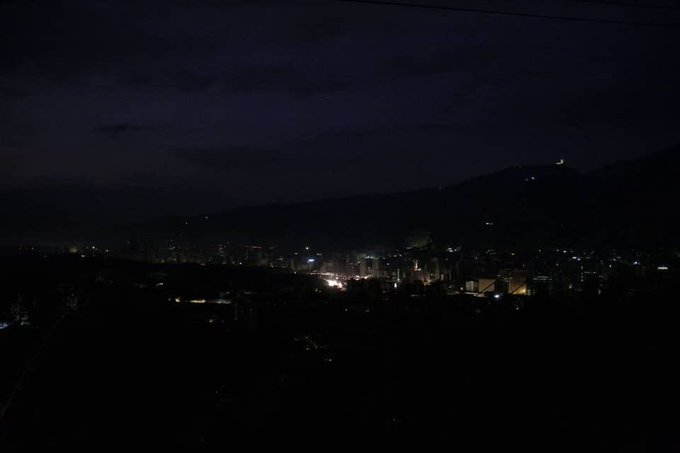 According to reports, 18 of the country’s 23 states as well as the capital district faced complete power outages. The main airport in Caracas was also without power. In some places, power was out for as long as 36 hours.

Joshua Goodman, Andean News Director at the Associated Press, wrote, “Blackouts have become frequent in Venezuela of late, it never seen the likes of this.”

Opposition figures accused the government of Nicholas Maduro of being responsible.

Opposition leader,Juan Guaido, said, “This blackout demonstrates the inefficiency of the usurper. The recovery of the electricity sector and the country will come with the end of the usurpation.”

Authorities in the US accused the socialist government of destroying the Venezuela’s infrastructure.

Speaking to the press, US Special Representative Elliot Abrams, said, “The nationwide power outages throughout Venezuela are a reminder the country’s once-sophisticated infrastructure has been plundered, allowed to decay under Maduro’s misrule.”

US Secretary of State Mike Pompeo tweeted the following warning, “No food. No medicine. Now, no power. Next, no Maduro.”