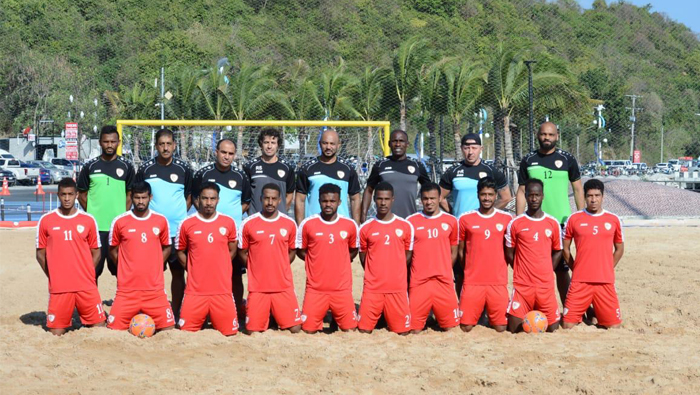 Pattaya (Thailand): The National Beach Football Team will participate, today, in the finals of the Asian Beach Football Cup.
The team will play vs the Iraqi team at the city of Pattaya in the second leg of the championship.
The second match of the team will be on Tuesday 12 March vs the Team of Iran.
The first and second teams of each group will qualify to the quarterfinals, the matches of which will start from 14 March.
The top three team in the championship will qualify to the finals of the World Beach Football Cup 2019 in Paraguay. —ONA