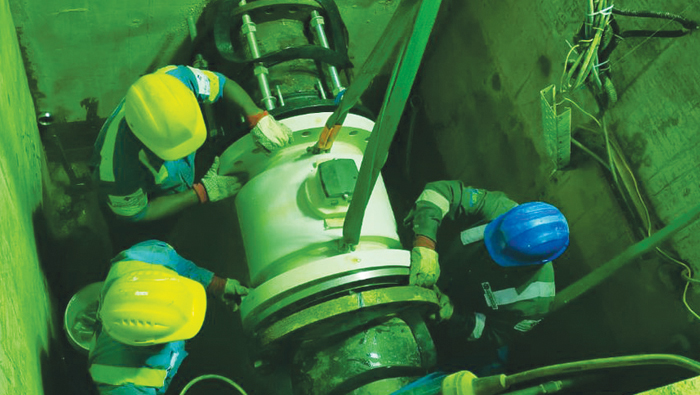 Muscat: 98 per cent of Oman’s population will be connected by Oman’s mains water networks by 2040, according to plans announced by Oman’s Public Authority for Water (Diam).
A statement by the Authority read, “The main plan for the water sector 2040 is to cover 98 per cent of Oman’s population under Oman’s water networks by the year 2040.”
According to the company’s official website, “We have been experiencing in the last few years a rapid and continuous growth of the water demand – 15% increase on average per year– as a result of the robust economic and demographic growth in Oman. Developing our water services to reach all the people in Oman and meet the rising needs is the challenge Diam is working on every day.
The company “is significantly investing in extending the water network throughout the country, with an average of OMR150 million spent every year for new water infrastructure,”it added.
“In accordance with this vision, Diam has announced the conclusion of its new water network in Murtafat Al Farfara, Bidbid, al Dakhiliya,” the statement went on.
Those living in the area can already ask to be connected to the network, as the opportunity to request connection was opened at the subscribers’ services hall in the Wilayat of Samail. Diam invited all citizens and residents to visit the hall with their requests.
The requests must be accompanied by “proper credentials, which include their water connection form from Sanad offices, a copy of their personal ID, a copy of their proof of ownership, and a copy of their electricity bill as well as a copy of their home’s plans which show the locations of water pipes.”
The work on Bidbid’s water networks began in the third quarter of 2016. It includes 21 areas and is expected to contain 4700 connections in the covered areas.
Diam has already opened mains water networks this year in Bousher and Samail, and expects to announce more water networks in the coming period. In al Dakhiliya, the company has worked to improve the its services in existing water networks, and announced that the work is proceeding “as planned.”