A mountain to climb: e-waste in Oman prompts government action 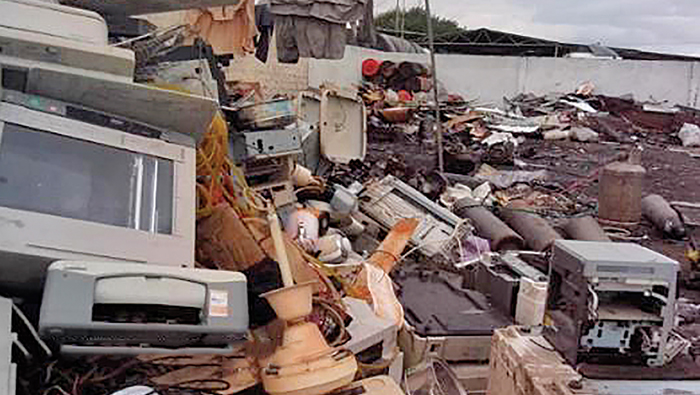 Muscat: Electronic waste in Oman has more than doubled in the last five years, as older gadgets are discarded in favour of the latest global technology.
In the last five years, the growing number of discarded phones, fridges, computers and television sets has increased by 146 per cent, according to the Omani Environmental Services Agency, Be’ah.
The numbers mean that, on average, every person living in Oman between the ages of 15 and 65 is responsible for throwing away at least 33kg of electrical items every single year - and that figure is projected to rise.
The e-waste mountain has prompted the government environmental holding company to set up plans to construct e-waste recycling facilities.
According to the Omani Environmental Services Holding Company, (Be’ah) Waste of Electronic and Electrical Equipment (WEEE) in the sultanate has increased by 146 per cent from 54,148 tonnes in 2013 to 133,304 tonnes in 2018.
In 2011, 40,917 tonnes of e-waste was recorded in Oman. By 2016, the total waste generated in Oman was 88,680 tonnes.
Be’ah predicts that the amount of e-waste generated in 2019 will exceed last year’s figure to reach 159,004 tonnes, while the amount of waste generated in 2020 is projected to reach 196,254 tonnes.
Due to this increase, a company official said, “Be’ah is in the process of establishing a waste recycling facility in the governorate of North Al Batinah which will dispose of waste in the correct and environmentally friendly manner.”
Speaking to Times of Oman, the official added: “Consumer behaviour research indicates that electrical equipment and electronics are used, stored and then thrown in dustbins or sold second-hand to repair shops.” However, leaving such waste in areas around communal bins for long periods of time can lead to serious issues, the authority has warned.
“There are huge health, safety and environmental risks, that could result from the accumulation of such waste. Exposure to such sites can lead to fatal diseases,” the official said.
“These materials can leach into the ground in some conditions and spread the effect to other locations by contaminating the groundwater,” the official added.
According to Be’ah the main source of e-waste comes from bulky household items such as refrigerators, washing machines, televisions, air conditioners, and personal computers.
The data from Be’ah also revealed that in 2015, “of the amount of WEEE generated by households in Oman, 18.33k tonnes were refrigerators, followed by washing machines at 11.47k tonnes, 16.58k tonnes of televisions, 16.35k tonnes of air conditioners, 6.82k tonnes of personal computers and 0.9 tonnes of mobile phones.”