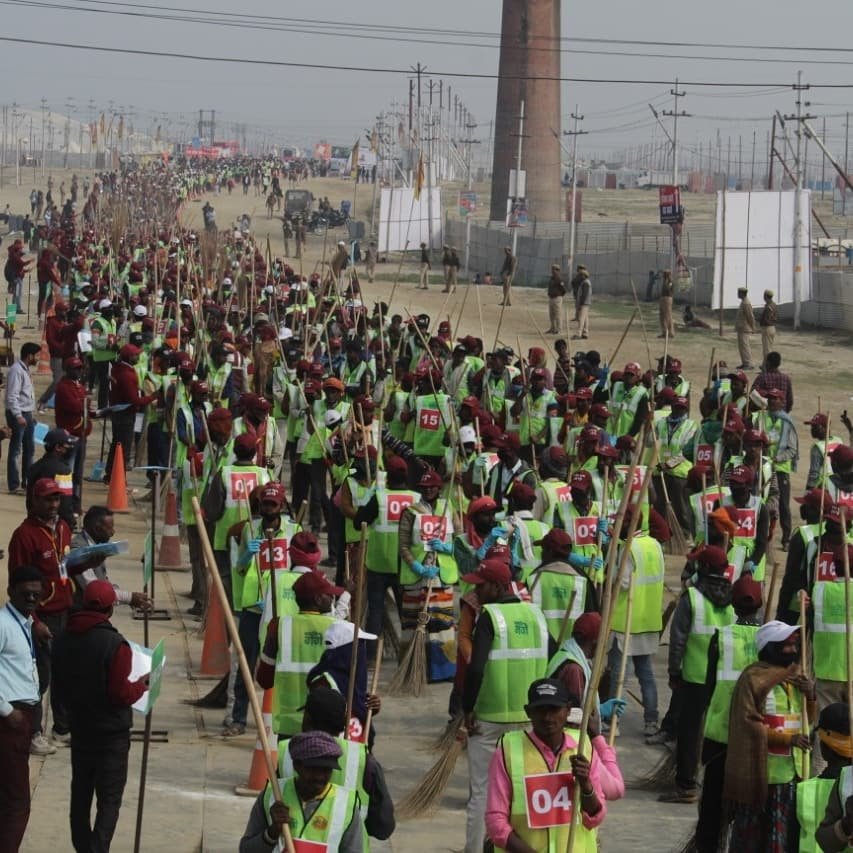 The announcement was made on Twitter, where the government-run 'Kumbh' handle stated, "It’s a hat trick- three world records in 48 hours! Kumbh Mela 2019 has secured a place in the Guinness World Records for 'The largest parade of buses', 'Most people sweeping the floor (multiple venues)' and 'Most contributions to a handprint painting in 8 hours"'.

It added that over 18,000 people helped make the record breaking achievements possible.

According to authorities, the Prayagraj Kumbh attracted more than 240 million bathers. They added that a total of 3,500 people from 72 different countries visited the event this year, including the Prime Minister of Mauritius Pravind Jugnauth.