Fishy business: Here's how drugs are smuggled in Oman 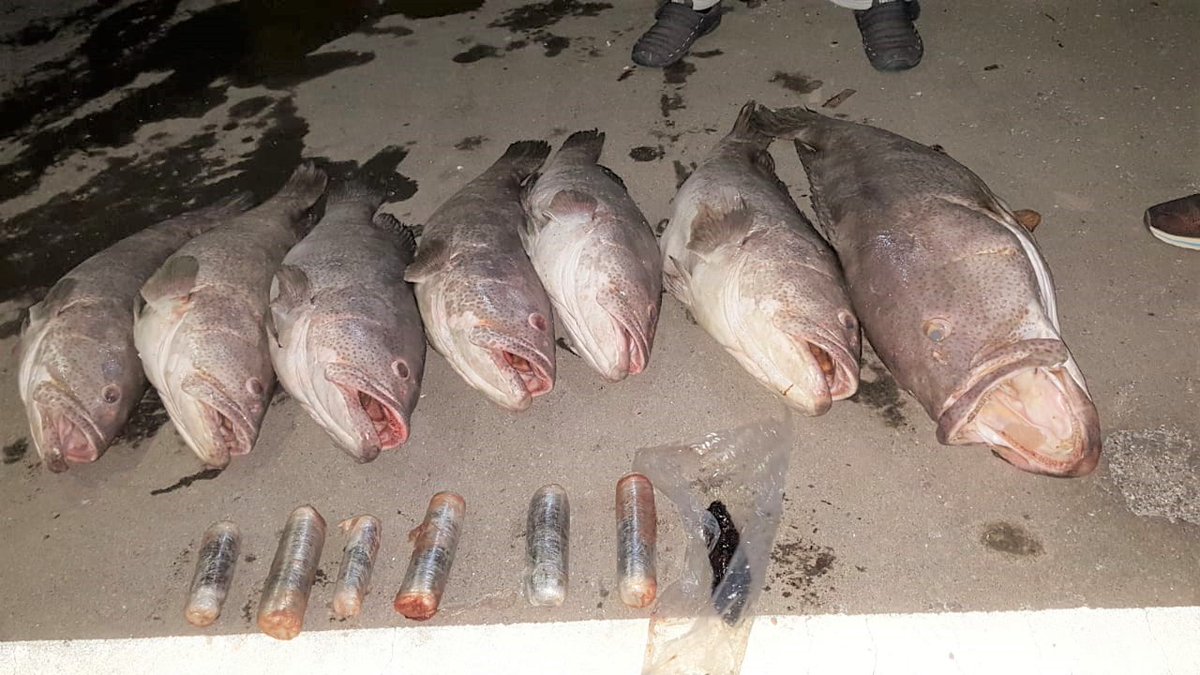 Muscat: Officers from the Royal Oman Police are on high alert, after they stopped smugglers who attempted to traffic the drugs into Oman by concealing them inside the bellies of dead fish.
The smugglers then disguised these fish as part of a fisherman’s daily catch, in an attempt to sneak them past the coast guard vessels and police officials at the docks. However, the Drug Control teams in Musandam thwarted an attempt to smuggle the drugs, the ROP said.
According to the police, “the Anti-Narcotics and Psychotropic Substances Department, led by Musandam police, foiled an attempt to smuggle drugs at Khasab port, where seven bags containing nearly 3gs of opium poppy found hidden in the fishes’ guts were seized.”
The police also regularly employ sniffer dogs to find drugs that may not be easy to spot after they’ve been concealed. A canine team also helped police find a hidden cache of crystal meth (methamphetamine) at Al Hail Beach.
A statement by the ROP read, “Police dogs were able to discover two kilogrammes of crystal meth, as they trained with the Mounted Police Unit of the Royal Oman Police at Al Hail Beach in the Wilayat of Al Seeb.”