Bangladesh refuses to grant asylum to any more Rohingya 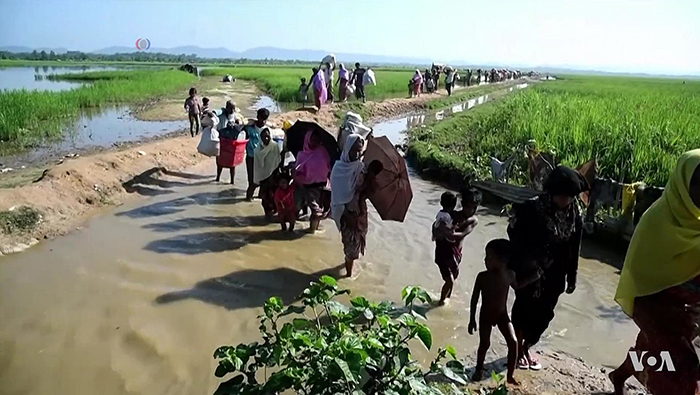 Muscat: Bangladesh has told the United Nations Security Council that it will stop opening their borders to any more Rohingya Muslims that flee from Myanmar.
Bangladesh’s Foreign Secretary Shahidul Haque said this decision was taken after Myanmar refused to keep up their end of the negotiations, to take these citizens back.
Over 740,000 Rohingya Muslims are in refugee camps in Bangladesh after fleeing from Myanmar because of the severe military crackdown in 2016/17.
According to ongoing negotiations, Myanmar had agreed to take back 1,500 refugees-a-week so that all its citizens could be repatriated within two years.
Addressing the UNSC, Haque said: ”Not a single Rohingya has volunteered to return to Rakhine due to the absence of conducive environment there.”
"Is Bangladesh paying the price for being responsive and responsible in showing empathy to a persecuted minority population of a neighbouring country?"
The United Nations has defined the situation in Myanmar as ethnic cleansing, a label that Myanmar refuses to accept. They say they have not persecuted the minority.