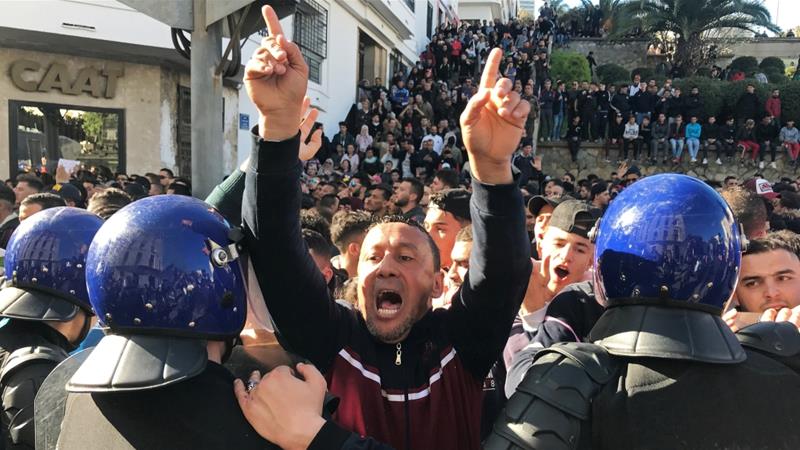 Muscat: Violent protests have broken out in Algeria in retaliation of incumbent President Abdelaziz Bouteflika’s bid for a fifth term.

Thousands of people have taken to the streets to protest the ailing leaders’ decision.

These protests have broken out less than a week after the president announced his bid to run for the same position a fifth time.

Similar protests broke out even then with thousands of people taking to the streets in the North African nation to rally against the 81-year-old head-of-state’s decision.

Local Algerian news stations are reporting that the protests have erupted in many parts of the country simultaneously.

The protestors were mobilised using social media and say that their rallies are to halt the ‘undemocratic’ bid of the leader to remain in power.